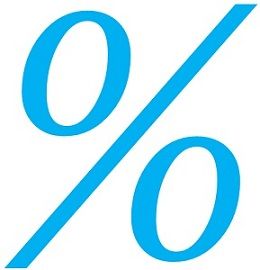 In simple terms, the amount paid for the use of borrowed funds is known as interest. It is the money that is paid at short intervals at a specified rate for the money lent or for postponing the repayment of the financial obligation. It should not be confused with the dividend, which is the amount which a company pays to its shareholders out of its profit. Perhaps, the interest and dividend can be payable or receivable depending upon whether the company owns or owes money.

When the funds are borrowed by the entity from external parties in the form of loan or debentures, interest is paid. On the contrary, when the funds are owned by the company by way of equity shares or preference shares, the dividend is paid to the holders. So, there exist a huge difference between interest and dividend, which has been explained in the article given below.

Interest is the amount of money paid at regular intervals to the lender for the use of money at a specified date. Whenever a company needs money for expanding its business, it borrows money from banks or financial institutions or issue debentures; the company has to pay the price for the utilisation of the funds raised along with the principal amount which is known as Interest. The rate at which the interest is charged is known as Interest Rate, which is based on time value of money i.e. the present value of future cash flows. It is paid periodically like annually, semi-annually or quarterly, etc.

Interest is charged on the loan amount, bonds, debentures, government securities. The types of interest are as under:

The Dividend is the part of the profit which is distributed to shareholders of the company, after the recommendation of the Board of Directors.

When a company wants to raise capital for the purpose of commencing the business or to expand its existing business, it issues shares to the public for subscription. These shares are purchased by the shareholders from the open market. After that, each shareholder is entitled to the dividend for the portion of capital invested by them in the company. The company then declares the dividend on shares year after year either on a fixed or a different rate as the case may be.

Although, it is not compulsory for every company to pay dividends annually. If the company earned profits, then after the consultation with the top management, it can declare the dividend. Moreover, the company can also pay a dividend any time during the year.

Dividend to shareholders can be paid in cash or kind or by giving additional shares of the entity in the form of bonus shares or right shares. The company pays Corporate Dividend Tax for the distribution of dividend. However, the dividend is exempt in the hands of shareholders, if the company is an Indian company.

Key Differences Between Interest and Dividend

The major differences between interest and dividend are as under:

Interest reduces the net income as it is an expense of the company, but Dividend is a part of net income. Although, both of them are the liabilities of the company but their nature is different from each other. They encourage the mobilization of savings in the economy which is very important. People used to invest their money either by purchasing shares or debentures or bonds etc. shares carry dividend while the bonds or debentures carry interest.