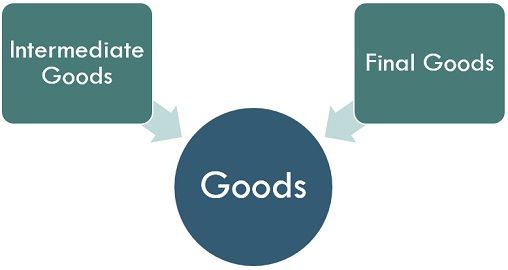 Think of a car, which is a final product, however, the parts used to manufacture a car such as gear lever, tyres, steering wheel, windscreen, windscreen wipers, seat belt, speedometer, bumpers, headlight, taillight, radiators, hoods, mirror and many more, are all intermediate goods.

Come let’s dig a little deeper to understand the difference between intermediate goods and final goods.

Intermediate goods as the name suggests are goods which are either reprocessed or resold by the firm.

We all know the fact that – Of all the production undertaking during a particular accounting year in a country, there is only a particular portion of products which results in final consumption. So, the remaining portion is neither final goods nor capital goods.

These are used by the manufacturers in the form of material inputs, in order to produce other commodities, called Intermediate goods. So, these goods are either a part of the final product produced, or their identity is lost during the conversion process.

Intermediate goods are non-durable in nature. The producer supplies such goods to the industries for the purpose of resale, after some value addition.

These are unprocessed or semi-processed products which are used as inputs in the process, so as to be converted into another form. Hence, in the process of production, intermediate goods play a crucial role.

A final good is a product which is ready for consumption, to satisfy the consumer’s wants or used as an investment by the producers.

In layman terms, final goods are the goods available for purchase by the user, having no intention to physically transform the goods or taking them as a resource to use in the production process. So, they are produced to sell them to the ultimate consumer, using various channels of distribution.

In the calculation of Gross Domestic Products, the market value of newly-produced final goods during the year has to be measured. 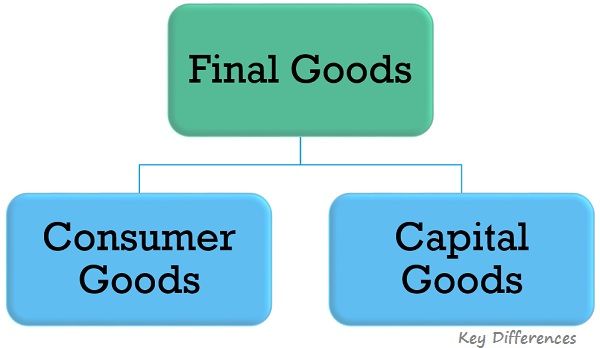 The difference between intermediate and final goods are explained in the points given below:

So, with the above discussion, it is clear that whether an item/product is intermediate good or final good relies on its use.

Moreover, there are certain goods which are both intermediate goods and final goods such as salt and sugar, which can be used as an ingredient to produce another product, and also used by households directly their own consumption.

Difference Between Goods and Services