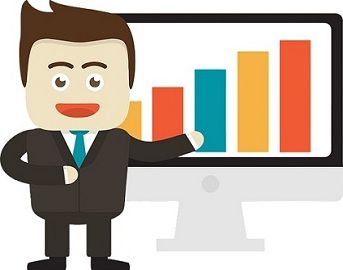 In financial jargon, the terms investment and speculation are overlapping and used synonymously. In investment, the time horizon is relatively longer, generally spanning at least one year while in speculation, the term may extend up to a half year only.

As per Benjamin Graham, an American economist, and professional investor, investment is an activity, which upon complete analysis assures the safety of the amount invested and adequate return. Conversely, speculation is an activity which does not satisfy these requirements.

The basic distinguishing point amidst these two is that income in the investment is consistent, but in the case of speculation is inconsistent. So this article makes an attempt to clear the differences between investment and speculation. Have a look.

Investment refers to the acquisition of the asset, in the expectation of generating income. In a wider sense, it refers to the sacrifice of present money or other resources for the benefits that will arise in future. The two main element of investment is time and risk

Nowadays, there is a range of investment options available in the market as you can deposit money in the bank account, or you can acquire property, or purchase shares of the company, or invest your money in government bonds or contribute in the funds like EPF or PPF.

Speculation is a trading activity that involves engaging in a risky financial transaction, in expectation of making enormous profits, from fluctuations in the market value of financial assets. In speculation, there is a high risk of losing maximum or all initial outlay, but it is offset by the probability of significant profit. Although, the risk is taken by speculators is properly analysed and calculated.

Speculation ca be seen in markets where the high fluctuations in the price of securities such as the market for stocks, bonds, derivatives, currency, commodity futures, etc.

Key Differences Between Investment and Speculation

The basic difference between investment and speculation are mentioned in the points given below:

At the end of this discussion, it can be said that both are different and should not be used interchangeably. Investors play a very crucial role in maintaining liquidity in the market but speculators too, play a major character in absorbing excessive risk and providing required liquidity, at the time when investors do not participate.

Difference Between Trading and Investing

Difference Between Hedging and Speculation