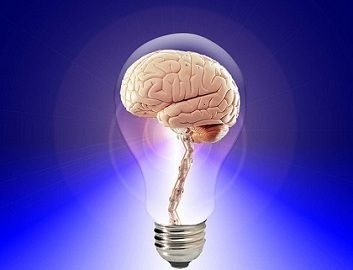 Before elucidating the difference between IQ and EQ, let us first understand, what these terms actually mean. EQ or say Emotional Quotient refers to a person’s ability to understand his/her emotion along with the other person’s emotions, whereas IQ stands for Intelligence Quotient indicates a person’s intelligence level.

Many people hold that IQ is more important for a person to achieve success in life while researchers hold that people with high EQ are more successful in their careers. So, it is one of the hot topics for debates, that which is better than the other.

While IQ is a number that indicates a person reasoning or logical ability in comparison to the statistical norm. Conversely, EQ implies the level of person’s emptional intelligence. Check out the article below to find some interesting distinguishing points between these two.

Intelligence Quotient, shortly known as IQ is an intelligent test score, obtained by a standardised intelligence test in which an individual’s mental age is divided by his chronological age and then multiplied by 100. The test aims at assessing a person’s cognitive capacity of thinking and reasoning. The term was first introduced by William Stern.

EQ is an abbreviation for the term Emotional Quotient, which is defined as a person’s capability of identifying his own and other’s person’s emotions. It is a measure of the emotional intelligence level of an individual, which demarcates between different feelings and use this intelligence to guide thinking and behaviour.

The term was first evolved in 1995, by Daniel Goleman a psychologist in his book on Emotional Intelligence. It is the ability of a person to identify, express and control his/her thoughts and actions, understand other people and rightly interpret their situations, make right and quick decisions, cope with pressures and crisis and so on. It has been researched that people with high EQ have better mental health, job performance, the way of living life.

Key Differences Between IQ and EQ

The major differences between IQ and EQ are explained in detail in the following points:

The IQ and EQ level are different in different persons. It is possible that a person has a high IQ level, but low EQ count and vice versa. Therefore, the methods of checking IQ and EQ also differs.

Your IQ is what determines your competencies and individual capacities, but your EQ determines how you interact and treat people in your life, it shows how you are going to cope with pressures or face the crisis. The difference between these two is that no one can alter his/her intelligence or reasoning abilities, but anyone can learn to handle emotions, to bring success for him.

Difference Between Art and Craft