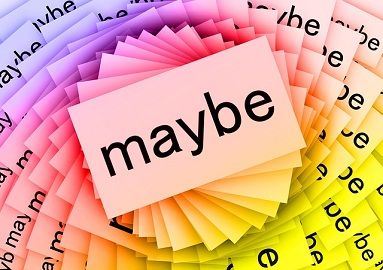 The process of thinking about something, in a rational manner, so as to draw valid conclusions, is known as Reasoning. It is a daily activity that we use to make decisions, which involves the construction of thoughts and converting them into a proposition to give reasons on why we have opted for a particular alternative over the other.Reasoning (logic) can take two forms – inductive reasoning or deductive reasoning. The inductive reasoning follows a particular flow or behaviour so as to make inferences

Conversely, deductive reasoning uses available information, facts or premises to arrive at a conclusion. These two logics are exactly opposite to each other. Still, they are often juxtaposed due to lack of adequate information. In this article, we are going to tell you the basic differences between inductive and deductive reasoning, which will help you to understand them better.

In research, inductive reasoning alludes to the logical process, in which specific instances or situations are observed or analysed to establish general principles. In this process, the multiple propositions are believed to provide strong evidence, for the truth of the conclusion. It is used to develop an understanding, on the basis of observing regularities, to ascertain how something works.

These are uncertain arguments; that describes the extent to which the conclusions drawn on the basis of premises, are credible.

In inductive reasoning, there are certain possibilities that the conclusion drawn can be false, even if the all the assumptions are true. The reasoning vests on experience and observations that support the apparent truth of the conclusion. Further, the argument can be strong or weak, as it only describes the likelihood of the inference, to be true.

Deductive Reasoning means a form of logic in which specific inferences are drawn from multiple premises (general statements). It establishes the relationship between the proposition and conclusion. When all the proposed statements are true, then the rules of deduction are applied and the result obtained is inevitably true.

Deductive logic is based on the fundamental law of reasoning, i.e. if X then Y. It implies the direct application of available information or facts, to come up with new information or facts. In this, the researcher takes into account a theory and generates a hypothesis, which can be tested, after that the observation are recorded, which leads to particular data, which is nothing but the confirmation of validity.

The points provided below, clarifies the difference between inductive and deductive reasoning in detail:

Difference Between Hypothesis and Prediction

Difference Between Assume and Presume