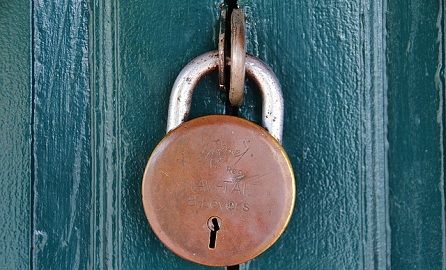 Industrial Dispute, can be defined as the conflict between employer and employee, that is a result of a disagreement in their industrial relation, which is due to a clash of interest, resulting in dissatisfaction, for either of the parties concerned. Such disputes may take different forms like a strike, lock-out, dismissal of workers, protests etc. Lock-out is a situation, wherein there is a provisional closure of the place of employment, as a result of strike executed by trade unions or due to certain political reasons.

Conversely, layoff implies a temporary situation, wherein the employer fails to give employment to a group of workers, due to lack of resources.

In Lock-out the business is shut down temporarily, while this is not the case with the lay-off. In this article excerpt, you can find all the substantial differences between lay-off and lock-out.

The layoff may be defined as the provisional separation of the employees at the will of the employer, because of his/her inability to give employment to the employee whose name is entered on the muster rolls, of the establishment and is not retrenched. It can be caused due to a shortage of resources such as coal, power or raw material, economic slowdown machinery breakdown, accumulation of stock and so on.

Lay-off lasts for a particular period, which when ends up, the employee will be recalled by the employer to join the office or factory at the same job and position. However, the period may extend to any length of time. The employee provided with adequate compensation by the employer, because, layoff takes place at the instance of the employer.

Lock-out can be understood as the exclusion of workers from the place of work by the employer, that lasts till certain terms are agreed upon by both the employer and employee. In this situation, the employer withholds work by refusing to put employees at work and restricts employees access to the workplace, without any intention to close down the division or unit. In this, the employees are prohibited from entering the company premises, which is caused by internal and external disturbances.

Key Differences Between Layoff and Lock-out

The points presented below explain the differences between lay-off and lock-out:

Both layoff and lock-out are a temporary separation of employees, at the instance of the employer, wherein there is no termination of the contract of employment rather it is terminated for the time being.

By far, both the situation discussed above are not good for a company as it causes harm to the reputation and goodwill. Lock-out is caused by differences reasons such as wages, political interference, unfair labor practices, economic slowdown and so on. On the other side, lay off can be caused by trade reasons.

Difference between Lay-off and Retrenchment

Difference Between Laid-off and Fired

Difference Between Salary and Stipend