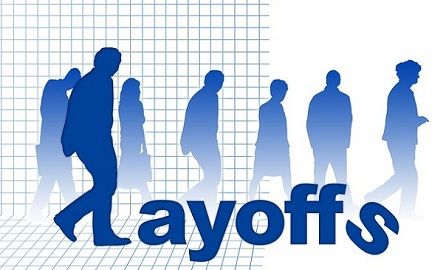 The biggest difference between layoff and retrenchment is that layoff is volatile in nature, i.e. employees are recalled, once the period of layoff is over while retrenchment is non-volatile i.e. that involves full and final termination of services.

The employment contract is terminated with the employees by the employer, due to three major reasons which are: (i) the organization is going through the lean period, (ii) initial faulty hiring, (iii) employee shows deviant behavior, which affects the whole environment.

The method used in involuntary separation is layoffs, VRS, Retrenchment, discharges etc. Many think that layoff and retrenchment are one and the same thing but that is not true.Read the article to learn some more differences between these two.

To layoff is to temporarily or permanently terminate or get rid of the staff / employee. This is usually done by a company / firm on account of a business slowdown as a result of which there is insufficient work to be allotted to an employee who is registered with the establishment and who has not yet been retrenched.

Retrenchment is to reduce the amount of corporate expenses. When a company/firm implements retrenchment, it cuts off or minimises all the unnecessary expenditures, usually by cutting back on the diversity of products or services it offers and often reducing the size of its company by closing down some of its offices that don’t necessarily mean a reduction in a company’s workforce.

It simply means termination of employee’s services, because of replacement of the worker by machines or closure of the unit due to the lack of product’s demand, produced by the unit. In retrenchment, the termination of services of several employees takes place where they are sent to the home and their connection with the organisation are completely and immediately severed.

Key Differences between layoff and retrenchment

Therefore, with the above discussion, it is quite clear that layoff and retrenchment are two different ways of involuntarily terminating employees. While in both the cases the employees are paid compensation as per the method specified in the act. However, gratuity is paid only in retrenchment but not in layoff.

Difference Between Laid-off and Fired

Difference Between Induction and Orientation