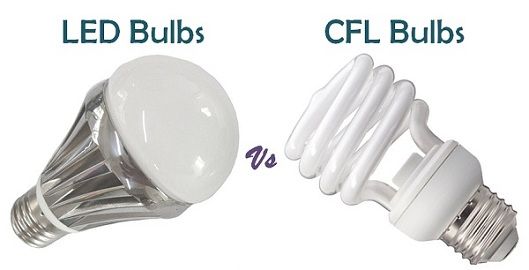 The invention of Light Emitting Diode bulbs came out as the most awaited technological development, in the field of lighting and the reason being its energy efficiency, which saves a lot of energy. Before that, people tend to use Compact Fluorescent Bulbs which are also energy-efficient, but comparatively less.

Think of the days when there is no light bulb and we tend to use candles, lanterns, or earthen lamps, at night or even during the days to lighten the dark place. So, how inconvenient it would be for us to work in that limited amount of light produced by these sources. However, over a period of time, inventions are made by scholars, in this field and we are able to use energy-efficient light bulbs at our homes, offices, and other places.

What is a Light Bulb?

A light bulb refers to an electrical appliance, which transforms electricity into light. It is made up of electric filament, which is used for the purpose of illumination and the filament is covered with a transparent or translucent object, typically circular in shape. The design of the bulb is such that it can be easily plugged into a socket in a lamp. 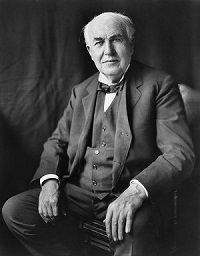 In the year, 1879 Thomas Alva Edison invented the incandescent light bulb. He was an American inventor and businessman.

This write-up will help you understand the difference between LED and CFL bulbs, in basic terminology. And not just that you will also get to know why LED bulbs are preferred over CFL Bulbs.

LED bulbs are the most energy-efficient lighting devices invented till now as these bulbs consume very little energy as compared to other light sources. 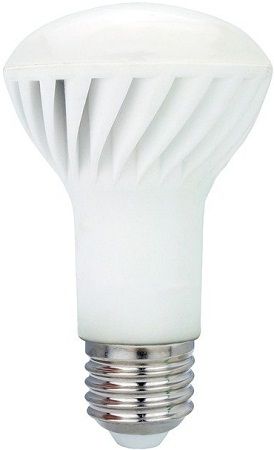 These are available in warm white, cool white, soft white, and daylight variants, in the market. It operates on the principles of electroluminescence.

Well, LED, as the name suggests is an Opto-semiconductor light source that emits photons and produces visible light of a certain color, when electric current flows through it.

With the introduction of Super bright LEDs, more light is produced with minimum power usage. These are available in multiple colors like red, yellow, green, violet, orange, blue, and white too. And so initially they are used in indicators in electronic appliances, digital display, etc. Nowadays, they are being used in traffic signals, emergency lamps, torches, bulbs, street lights, and so forth.

Important: The introduction of the first LED lamps took place in the year 1990.

CFL Bulbs are commonly known for their energy efficiency that consumes less electricity and ultimately reduces overall spending on electricity, than the traditional incandescent bulbs. 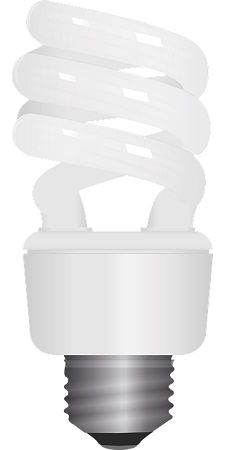 These are available in two types in the lighting market:

Compact Fluorescent Lamp, has two main parts, i.e. gas-filled tube and ballast, which is either magnetic or electronic.

Important: CFLs with magnetic ballast, usually flickr at the time of start.

Normally, they are available in spiral or helical design. They are made up of glass tube, which contains gases including mercury and argon. Fluorescent Material is used to smear the glass tube from within. As soon as the switch is on, current flows from the ballast, electrons are produced that electrifies the gases present in the tube, that releases ultraviolet radiation. As a result of which the coating inside the tube is induced, that emits light.

Hence, the process takes a certain amount of time which is why CFL bulbs take time to lighten up completely.

When compared to an incandescent bulb, the amount of light produced by a 15W CFL bulb is equal to the 60 incandescent bulbs, which is nearly 60 lumens per watt. Also, these bulbs can be recycled, as they contain mercury, instead of throwing after usage.

So far we have talked about the basics of these two types of bulbs. Now let us dig a little deeper and understand the difference between LED and CFL bulbs:

What is an Incandescent Bulb?

An incandescent lamp is an electric bulb, which makes use of tungsten filament and as the current passes through it, the bulb glows. 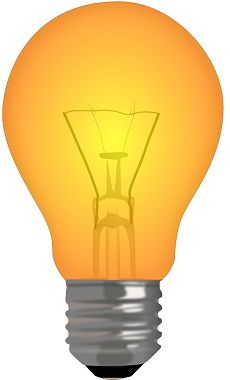 A transparent glass bulb usually rounder in shape is used as an outer case of the filament, and gases like argon, krypton, or nitrogen are filled in it, to raise the brightness and at the same time preventing the filament from burning out due to overheating.

Why use LED Bulbs?

Why CFL bulbs are spiral in shape?

As the Compact Fluorescent Light Bulbs are made up of tubes that are thin, yet long in size, which produces more light using less amount of electricity. So these bulbs are curled up, so as to make them compact and consumer-friendly.

While CFL bulbs emerged as an eco-friendly replacement for conventional incandescent bulbs, the introduction of LED bulbs has proved to be a more energy-efficient alternative, to CFL bulbs.

Difference Between Conventional and Non-conventional Sources of Energy