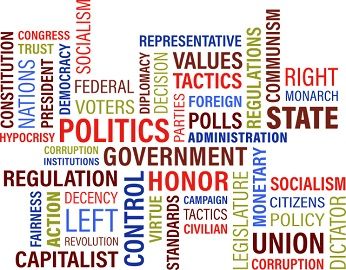 On the other extreme, Vidhan Parishad, i.e. the Legislative Council represents the upper house of the legislature which is parallel to the Rajya Sabha of the Parliament. There are notable differences between Legislative Assembly and Legislative Council in India, which are discussed here in detail.

Legislative Assembly, or commonly known as Vidhan Sabha is the popular house in the State Legislature that represents the residents of the State. Members of Legislative Assembly (MLA) are elected by the people directly through elections by the adults called as voters, according to the principle of the universal adult franchise. During elections, the State is divided into a number of constituencies, and from each constituency, one member is elected.

The total number of MLA’s in the State Assembly cannot exceed 500 and should not be less than 60. Nevertheless, the centre has fixed a lesser number of members for small states. In the State Legislative Assembly, one member from the Anglo-Indian Community is nominated by the Governor, when the community is not properly represented. Moreover, certain seats are reserved for SC and ST.

It is a temporary body which continues to operate for a period of 5 years. However, it can be dissolved by the Governor after consulting with the Chief Minister, before the term expires.

Legislative Council or otherwise called as Vidhan Parishad is the permanent body, which operates at the state level, as Rajya Sabha works at the central level. It is present in only seven states of India, which are Uttar Pradesh, Bihar, Maharashtra, Karnataka, Andhra Pradesh, Telangana and Jammu & Kashmir.

The Council is created or abolished when the Legislative Assembly of the state passes a resolution by two-thirds majority of members, who are present and voting in the State Assembly for the same and then request the Parliament to create or abolish the legislative council.

The points given below are significant, so far as the difference between legislative assembly and legislative council is concerned:

The Parliament of India has the power to set up or abolish the Legislative Council in the State. Moreover, the members of the Parishad are partly elected and partly nominated, wherein the partly elected members are chosen indirectly through proportional representation method.

Difference Between Council and Counsel