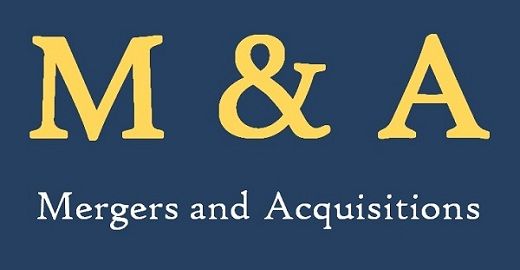 Merger and acquisition are the two most commonly applied corporate restructuring strategies, which are often uttered in the same breath, but they are not one and the same. These are the form of external expansion, whereby through corporate combinations, business entities purchases a running business and grows overnight. It helps the business in maximizing the profit and growth by increasing the level of production and marketing operation. While merger means “to combine”, Acquisition means “to acquire.”

Merger alludes to the combination of two or more firms, to form a new company, either by way of amalgamation or absorption. Acquisition or otherwise known as takeover is a business strategy in which one company takes the control of another company. By reading this article, you will be able to understand the difference between merger and acquisition.

Merger refers to the mutual consolidation of two or more entities to form a new enterprise with a new name. In a merger, multiple companies of similar size agree to integrate their operations into a single entity, in which there is shared ownership, control, and profit. It is a type of amalgamation. For example M Ltd. and N Ltd. jJoined together to form a new company P Ltd.

Most of the firm uses the acquisition strategy for gaining instant growth, competitiveness in a short notice and expanding their area of operation, market share, profitability, etc. The types of Acquisition are as under:

Key Differences Between Merger and Acquisition

The points presented below explain the substantial differences between merger and acquisition in a detailed manner:

Examples of  Mergers and Acquisitions in India

Nowadays, only a few numbers of mergers can be seen; however, acquisition is getting popularity due to extreme competition. The merger is a mutual collaboration between the two enterprises in becoming one while the acquisition is the takeover of the weaker enterprise by the stronger one. But both of them gain the advantage of Taxation, Synergy, Financial Benefit, Increase in Competitiveness and much more which can be beneficial, however sometimes adverse effect can also be seen like an increase in employee turnover, clashing in the culture of organizations and others but these are rare to happen.

Difference Between Pooling of Interest Method and Purchase Method

Difference Between Amalgamation and Absorption

Difference Between FDI and FII