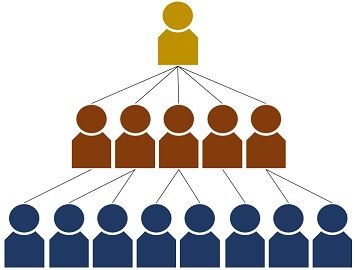 Multilevel Marketing is a marketing strategy in which companies recruit distributors to sell their products and services to the people and also encourage others to join the company as a distributor and earn a commission, by selling the products further and inviting others to work.

Multilevel Marketing is commonly confused with Pyramid Scheme; wherein one pays to join and become an agent of the scheme who get paid for recruiting others into the system and thus widening their network.

Multi-level Marketing refers to a marketing technique primarily employed by Direct Sales Companies, in which company’s existing distributors are incentivised to make sales and to enlist new distributors to assist in the selling of goods and services of the company. It is also called network marketing or referral marketing, wherein the company explains its own compensation plan to the participants so that they can take a well-informed decision regarding joining the chain.

Amway, Oriflame, etc are some of the Direct Sales company which sells products by way of Multi-Level Marketing.

Pyramid Scheme, as the name suggests is scheme having pyramid-shaped structure, beginning with a tip (the main person) on the top, that widens continuously towards the lowest level.

Pyramid Scheme is a superficial and temporary business model in which top-level members recruit other members, by promising them an assured commission for signing up others to the program. For this purpose, a certain amount is charged from the new recruits called as an upfront cost. It can be in the form of Product-based pyramid scheme, Chain emails or Ponzi scheme.

In many countries, the pyramid scheme is termed as an illegal business practice, wherein the agents build network by convincing their friends, relatives, neighbours or acquaintances, to join the company as their underlings, and every time there is a new entry in the company, all the persons above the chain will be benefitted, as a certain percentage is paid to them as commission.

The earning is based on the recruitment fees only. Hence, there must be an unlimited supply of new members to make a continuous income.

The scheme is initiated by a single recruiter, who is in the top position in the hierarchy, and makes subsequent recruitments of the second person, who invests the stated amount in the scheme, which goes directly to the primary recruiter.

Therefore, to make up for the investment, the second person in the hierarchy acts as a recruiter and convinces other people to invest money and join under him, to get more money. When they get convinced they join the companies and convinces others in a similar way and the process continues. 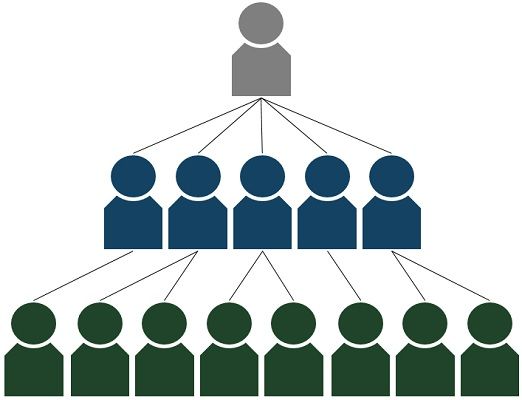 The scheme adds members through seminars, home meetings, social media circle, calls, or emails. The pyramid scheme is very short-lived, as when numerous people enrol in the programme, the cycle is not possible to last long.

The difference between multilevel marketing (MLM) and pyramid scheme are given in the points below:

With the above discussion, it must be clear to you that both involve networking activity, to build a chain further. However, there are huge differences between them, i.e. While multilevel marketing is a legal business strategy, used by many multinational companies to sell their products. A pyramid scheme is a fraudulent investment type, wherein people are convinced in such a way that they will ‘get-quick-rich’ by investing in the scheme.

Difference Between Sales and Marketing Executive