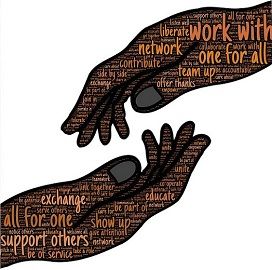 There are certain organizations, which are set up by the group of individuals for serving the entire society, which can be NGO or NPO. An NGO, a non-governmental organisation, established to work for public and social welfare. Such organisation is not affiliated with any government.

On the other end, NPO, as its name suggests, is a non-profit organisation, that works for any purpose other than making profits but such organizations are incorporated under the Companies Act. As the rules and regulations and purpose of establishing the two types of organization are different, there exist a fine line of differences between NGO and NPO, which we have explained in this article.

NGO is an abbreviation for Non-Government Organization, where refers to an association formed by the citizens, that functions completely autonomous from the government to perform a broad spectrum of services and humanitarian functions. It is a non-profit making entity; that operates at a regional, national or international level depending on its reach and connectivity. It can be incorporated as a trust, society or a company. These organisations raise its funds from government, foundations, businesses and private people.

It performs a number of activities, to draw the attention of the government towards the citizen’s grievances, advocating public policies, promoting political participation by providing information.

Non-Profit Organization or NPO is a legal entity formed by a group of persons to promote cultural, religious, professional, or social objectives.

The initial funds are raised by the members or trustees of the NPO. As the organisation is a non-profit making entity, it applies its surplus funds on the promotion of the objectives of the organization rather than distributing it among the members of the organisation. It is registered under section 8 (old section 25) of the Companies Act. Such organisation enjoys several privileges like tax exemption, not required to use the term ‘Ltd’ or ‘Pvt Ltd’ at the end of its name.

An NPO may include a charitable organisation, membership groups like a sports club or women’s club, social or recreational organisation, public educational institutions, public hospitals,  etc.

Difference Between NGO and NPO

The difference between NGO and NPO can be drawn clearly on the following grounds:

An NGO is an association of person; that works for promoting humanitarian or cooperative objective instead of a commercial one. On the other hand, the NPO is an organisation which is set up to promote art, science, education or any other social or cultural purpose; that intends to use its profit in the promotion of its objectives instead of dividing it among the members.

Difference Between Non-Profit and Not-for-Profit Organization

Difference Between Profit and Non-Profit Organisation

Difference Between Trust and Society

Difference Between Organization and Institution

Difference Between Internal and External Stakeholders