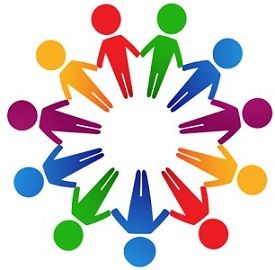 Public Administration is a field of study that is concerned with the systematic application of public policies and programmes formulated by the state. It relates to the administrative functions carried out by the government. It focuses on providing services to the general public, to ensure a good and safe life to people.

It is both a discipline as well as an activity. While as a discipline, it covers all the subjects, i.e. budgeting, planning, organising, controlling, reporting, directing, staffing, etc. As an activity, it performs services like welfare services, social security services, management of government undertaking, regulation of private enterprises, and so on.

In short, public administration is a non-political public bureaucracy that operates within a legal framework. It deals with the objectives of the government, the public interest and laws. All the branches of the government, i.e. executive, legislative and judicial, as well as their relationship with each other, are covered in the public administration. It works on the principles of uniformity, external financial control and service motive.

Private Administration is defined as management and organisation of private business enterprises. It is an administrative function carried out by the private individuals or a group, to earn a profit. It is a business activity which is non-political in nature. It involves an array of activities like planning, organising, controlling, coordinating and implementation of policies and programs, performed by the management of the organisation.

It works for the economic benefit of the organisation, taking into account the interest of employees and clients or partners as well of the concerned organisation.

The important points of difference between public and private administration are given below:

Public administration runs in a governmental setting, and that is why it is also known as government administration. On the contrary, the private administration is a business process, hence considered as business administration. Both of them play a crucial role in contributing towards the development of the society in different ways. Moreover, the measurement of performance, progress and results thereof, can be done using different methods.