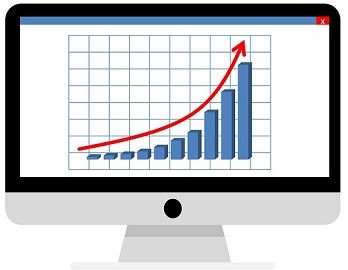 Mutual funds can be described as a collective investment avenue. Investing in a mutual fund is like becoming a part-owner in the portfolio of investment. Based on the structure, a mutual fund is classified as open-ended and closed-ended. Open-ended funds, as the name suggests, are the type of mutual funds, wherein the investor can enter and exit anytime. On the other hand, closed-ended funds are the ones which the investor can buy during the IPO or from the stock exchange after they are quoted.

An open-ended mutual fund is one that does have any limitation on the number of shares issued by the fund. It is continuously available for subscription and repurchase. It is perpetual in nature, in the sense that once the fund is introduced, it continues to exist, without the maturity period.

In the open-ended mutual fund, the shares can be bought or redeemed anytime during its life and so the number of units goes up and down, on a regular basis. The dealing takes place at the NAV, i.e. net asset value, calculated periodically. The NAV fluctuates, on account of the performance of underlying securities.

Most of the mutual funds are open-ended, that provides investors with a better investment avenue, wherein shares are bought and redeemed any time. The investors can purchase the shares directly from the funds, instead of buying it from the exchange.

The closed-ended mutual fund is a pooled investment vehicle, having a fixed maturity period, i.e. 3 to 5 years, which are listed on a recognized exchange. In this type of fund, the investor can invest their money directly in the scheme, during the Initial Public Offering, after that the units of the plan can be traded in the secondary market, where they are quoted.

The price of the underlying financial asset is determined by the demand and supply forces, the expectation of unit holders and so on, existing in the stock market. Generally, the price per share differs from the net asset value of the investment (calculated weekly), which is termed as premium or discount to NAV.

At the time of redemption, the total investment in the scheme is liquidated and the amount realized is distributed among the subscribers, as per their contribution.

The difference between open-ended and closed-ended funds can be drawn clearly on the following grounds:

One of the major disadvantages of the closed ended funds is that it does not allow the investors to withdraw the amount invested in the fund when they desire. In contrast, the open-ended funds offer flexibility to the investors in this regard as they can withdraw money on a continuous basis, under the repurchase agreement.

Difference Between ETF and Index Fund

Difference Between ELSS and PPF

Difference Between Trading and Investing

Difference Between Mutual Fund and ETF