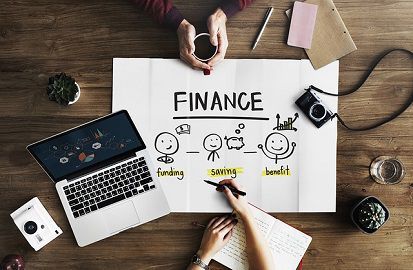 ELSS is an open-ended equity mutual fund that not only provides tax saving but also gives an opportunity to the investor to grow money. Conversely, PPF refers to a type of Provident fund, which can be opened by any salaried or non-salaried person to park their money so as to reduce the tax burden.

One of the major concerns of all the taxpayers is to reduce the tax liability as much as possible. And for this purpose, they take recourse of various deductions under the Income-tax Act, 1961. Under section 80 C the maximum amount of deduction allowable to an assessee in a financial year is Rs. 1,50,000.

To avail this deduction the assessee needs to invest some amount in funds/schemes like LIC, PPF, Bank Fixed Deposit and ELSS. Of these investment avenues, PPF and ELSS are considered as the most efficient tax saving schemes. So, here we are going to discuss their differences, take a look.

ELSS or commonly called as Equity Linked Savings Scheme is a diversified equity mutual fund, which is a tax-deductible investment under section 80 C of the Income Tax Act, 1961. The scheme is a two-in-one offer for the investor, in the sense that the depositor not only gets capital appreciation but also gets tax benefits.

The minimum lock-in period of ELSS is three years from the date when the investment is made. The investment can either be made in one shot, i.e. lump sum or using the SIP (systematic investment plan) route.

It has both dividend and growth options, wherein the dividend option entitles the investor to receive regular dividend income every year, whenever declared. On the other hand, in growth option, the investor gets a lump sum amount when the investment is matured.

While making an investment in an ELSS, the investor must research the performance of the ELSS in the long run and other details like expense ratio, permanency of the fund, portfolio, fund manager’s approach related to the investment and so forth.

The funds of the investors are invested in government or corporate bonds and securities. So, they have a fixed rate of interest which is announced by the Union Government during the budget. It is also free from any market risk. Further, it attracts tax benefit, i.e. the amount deposited in PPF is an allowable deduction under section 80 C of the Income Tax Act, 1961 and so the assessees can save tax up to Rs. 1,50,000.

A person can deposit money in a PPF account via cheque, cash, demand draft, NEFT or any other deposit mode, either in a lump sum or in 12 instalments.

In a PPF, the amount is locked in for a period of 15 years and the amount standing in the credit of the account can be withdrawn. The depositor is allowed to make partial withdrawals after completion of the sixth year. The subscriber can continue the account even after 15 years by further extending for a block of 5 years and during that term, the subscriber can make one withdrawal per year.

Key Differences Between ELSS and PPF

The differences between ELSS and PPF can be drawn clearly on the following grounds:

After a deep discussion on the two schemes, it is quite obvious that one should go for PPF when he/she wants to invest a large amount of money for a long period as it is a risk-averse fund. Conversely, a person can opt to invest in ELSS when the amount to be invested is less and the investment is to be made for a short period.

In short, your investment avenue will be based on what you expect from the investment and the amount of risk you are ready to bear.

Difference Between Investment and Speculation