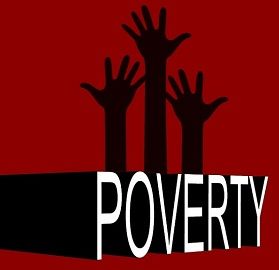 Economic Cycle implies the economy-wide ups and downs in the economic activity, like savings, investment, income and employment over a certain period. There are several stages of the economic cycle, namely, boom/inflation, slowdown, recession, depression, and recovery. As recession and depression both refer to the period of credit crunch experienced by the economy, people often juxtapose recession for depression, but these are two different phases. Recession signifies a decline in the real national output, meaning that economic growth is negative. A prolonged recession in the economy will result in Depression.

The recession is suffered by a country’s economy, but one or more economies may experience depression. The Recession is comparatively less critical than Depression. It is all about how long the condition of the economy will remain same. In this article, our main focus is to discuss the main differences between recession and depression.

Recession refers to a phase of the downturn in the economic cycle when there is a fall in the country’s Gross Domestic Product (GDP) for some quarters. It appears in the slowdown of economic activity in the economy for a few months. It may result in the fall in employment, industrial production, corporate profits, GDP, etc.

When there is a decline in consumer demand the companies will not be able to expand their business, and they stop recruiting personnel. As a result of that, unemployment will rise in the economy and after sometimes lay off begin. Meanwhile, the recession phase will start. In this way, the consumer spending will further decline, and housing prices may fall.

The recession may cause severe problems in the economy. For overcoming this situation, the government may increase the money supply in the economy and liberalize monetary policies. It can be possible by decreasing interest rates and taxation, to increase public spending.

When recession, turns out to be more severe and continues for a long term, in one or more economies, the situation is known as Depression. The basic rule of analyzing depression is that when there is a negative GDP of 10% of more, lasting for more than three years.

Depression may result in price deflation, bankruptcies, bank failures, unemployment, financial crisis, business failures, etc. It may lead to the shutdown of the economy. The main indicators of depression are as under:

Key Differences Between Recession and Depression

The major differences between recession and depression are given below: