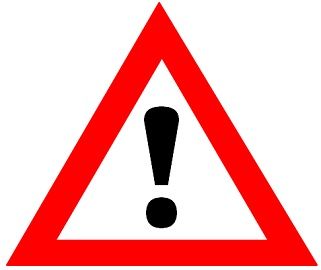 We dwell in a world, which is completely uncertain. There is end number of factors that have the capability of endangering our physical, moral or financial health which always surrounds us and they are beyond our control. You might have encountered, tragic deaths or causalities, loss of property and life due to natural calamities or human-made disaster. These forces ultimately pose a risk to human life or wealth or nature. The term ‘risk’ refers to the chance of loss due to a particular activity or inactivity.

Most people use the words risk and hazard synonymously, but ‘hazard’ implies something that can actually cause danger. So, before you use these words interchangeably, you should know the fundamental differences between risk and hazard.

The term ‘risk’ is used to mean the chance of gaining or losing something worthy such as health, wealth, name, environment, etc. It is the probability of occurrence of an undesirable or adverse event, although not necessarily so, caused by a particular activity of inactivity. Therefore, the risk is the result of the probability of an event and its outcomes.

In finer terms, risk is the likelihood of quantifiable loss, damage, injury, liability or any other negative outcome, resulting from internal or external exposure, which can be mitigated through preventive action. It is originated from different situations and can be of various types:

By hazard, we mean those elements which can affect the consequence. These do not themselves cause harm or loss; rather they have the potential to cause harm. Hazards have the capability to create or increase the effect of danger. It is the agent; that poses a threat to people, property, environment, etc.

In short, it is the set of conditions, which when combined with other conditions of the environment, can result in loss, damage, liability or any other negative consequence. There are three types of hazards, discussed as under:

Key Differences Between Risk and Hazard

The following points are substantial so far as the difference between risk and hazard is concerned:

Therefore, it would not be wrong to say; that risk is likelihood while hazard is the likely outcome. Both are different and should not be confused. While risk has both positive and negative consequences, i.e. it may or may not result in a loss, because risk might turn out as gain. On the other hand, hazard only results in adverse effects.

Difference Between Risk and Uncertainty

Difference Between Systematic and Unsystematic Risk