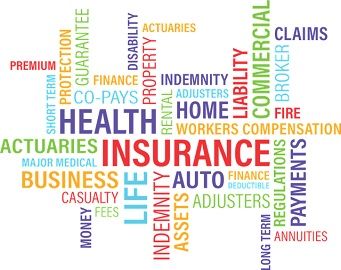 Insurance is defined as an arrangement, in which the insurer commits to indemnify the loss or damage caused to the insured due to natural calamity or any other event whose happening is not certain, for special consideration. The term insurance is often juxtaposed with assurance, as these two are financial products sold by the company to people so as to protect their interest, however, they are different.

Assurance refers to the agreement in which the insurer provides cover of an event, which will happen sooner or later, such as death. So, if you are also looking for the difference between insurance and assurance, this article might prove helpful to you, take a read.

The term ‘insurance’ is defined as a contract between two parties, whereby one party (insurer or insurance company) promises to indemnify the specified loss or damage incurred to the other party (insured) for an adequate consideration, i.e. premium. In short, it is the provision; wherein the insurance company gives the guarantee of compensation for the financial loss happened to the insured, in exchange for the premium.

The document in which the terms and condition of the insurance are stated is known as an insurance policy. It outlines the type of losses covered by the insurance policy and also indicates the maximum amount that will be paid by the company if the uncertain event occurs.

Insurance is a risk transfer mechanism, which guarantees monetary compensation, for the loss or damage, as a result of an event beyond the control of the insured party. The types of insurance are:

A form of financial coverage, which provides reimbursement, for an event that is sure to happen (sooner or later), is known as assurance.

Key Differences Between Insurance and Assurance

The following points describe the differences between insurance and assurance:

To sum up this article, insurance and assurance are quite similar, but there is a thin line of difference between them, as in insurance provide protection to the holder to policy, from the incidents that are likely to happen, and they are compensated when the event occurs. On the other hand, assurance covers those incidents whose happening is unquestionable, but their time of occurrence is uncertain.