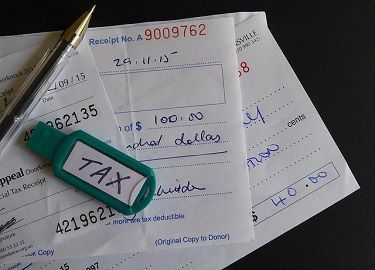 One of the major reforms in the Indian Taxation System is the introduction of GST, i.e. Goods and Services Tax. It aims at removing the cascading effect, i.e. double taxation. GST is a tax on value addition, imposed on the production, distribution and consumption of goods and services. It is commonly contrasted with Value Added Tax, shortly known as VAT, which is an indirect tax levied at each stage of manufacture and distribution of goods on the incremental value.

The primary difference between VAT and GST is that while VAT applies to the sale of goods, GST applies to the supply of goods and services. So, this article will make clear, all the doubts and misconceptions, related to the two types of tax regimes, in India, take a read.

Value Added Tax, or otherwise called as VAT, is a multi-point tax system, wherein the tax is levied by the state government, at each level of production/distribution of goods.

In this regime, the tax is levied on the incremental value of the goods, to eliminate the cascading effect, at different levels of sale. It is a type of consumption tax, wherein the value addition made by the firm is equal to the difference between proceeds and the cost of purchases.

It allows the purchaser of the goods to avail input tax credit, i.e. the tax paid at the previous stage will be deducted from the net tax liability. To avail the input tax credit under VAT system, every dealer is required to obtain registration.

In this system, the VAT is levied at different types of rates, 0% is for agricultural goods and items of social importance, 1% gold and silver jewellery, 4% raw material or inputs used in manufacturing and capital goods, 20% for luxury items and remaining items are taxed as per normal slab rate, i.e. 12.5%.

GST stands for Goods and Services Tax, which is a destination based value added tax charged on the production, sale and consumption of goods and services. It is important to note that GST applies to the value addition at each stage, and no other tax would be levied, which results in the elimination of cascading effect.

In this system, the supplier of the goods or services is eligible to avail input tax credit, i.e. the GST paid on the purchase of goods, will be set off against the GST payable on the supply of goods and services. So, ultimately, the end consumer, bears the tax imposed by the last supplier in the distribution chain.

In India, Dual GST has been implemented, which is simultaneously levied by the Central and State government to tax goods and services. The Centre charges the tax on intrastate sales,  called as CGST. States charges tax on the services, called SGST andUTGST in case of Union Territories. For the interstate supply of goods and services that are taxable, are covered under IGST, i.e. Integrated Goods and Services Tax.

There are many indirect taxes, which are subsumed after the introduction of GST in India, which are as under:

Key Differences Between VAT and GST

The fundamental differences between VAT and GST are explained, with the help of following points:

By and Large, VAT emerged as a reformation to the old sales tax to remove the cascading effect, to a great extent. Likewise, GST was adopted over the VAT, which subsumed other taxes, such as excise duty, surcharge, cess, entry tax and so forth, which also improved the taxation system in India.