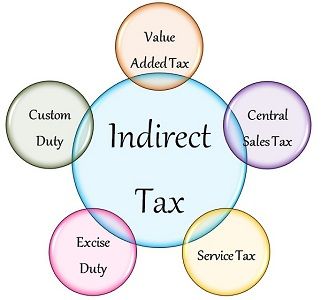 Tax can be understood as the monetary obligation charged by the Government on income, activity or commodity. It is collected in order to serve the basic purpose of providing revenue to the government, so as to fulfill social and economic objectives. The tax is levied both on physical and non-physical items. Here, we are talking about indirect taxes which are imposed on goods and services. The tax charged on goods is known as Value Added Tax (VAT), whereas only Service Tax is charged on services.

The contributes the highest proportion of earnings to the government is VAT and Service Tax. While the former is imposed by State government, the imposition of the latter is under Central Government. There are many individuals who are still unaware of the differences between VAT and Service Tax, so here we have an article for you, take a read.

VAT is an abbreviated form of the term Value Added Tax. As its name suggests, it is a tax on value addition made to a particular commodity by a party at the time of its production and distribution. The taxpayer will get input tax credit for the tax already paid on the product at the previous stage, i.e. set off is available to the taxpayer for the tax paid on the preceding stage.

The right to levy VAT is in the hands of the State Government; that is why it is imposed only when the sales are made within the state. Central Sales Tax is charged in case of interstate sales. It is also known as the multilevel tax because it is levied at each stage of the supply chain of raw material, whenever the value is added to the product, till it is sold to the end consumer. The burden of VAT is borne by the customer itself but paid by the seller to the tax authorities.

More than 160 countries of the world had adopted the VAT system. In India, the VAT rate varies from state to state. However, it is 0% for tax-free commodities, 1% for precious stones, jewellery, etc., this, 4% for necessities, 20% on luxury goods and 13.5% on all other goods not falling into the above categories.

The tax charged on the services provided is known as Service Tax. The Central Government has the authority to levy service tax, so it is applicable in the whole country except the state of Jammu & Kashmir. The tax liability for the services can be determined from the Point of Taxation.

In India, the service tax was first introduced through the Finance Act, 1994, recommended by the Dr Raja Chelliah Committee. At that time it was levied only on three services, i.e. stock broking, telecommunication, and insurance, at the rate of 5%. At present, the rate of service tax is 14%, and it is levied on all the services except those which are included in the Negative List. The Negative List is the list of the selective services which are exempt from tax.

The following are the major differences between VAT and Service Tax:

Difference Between VAT and GST