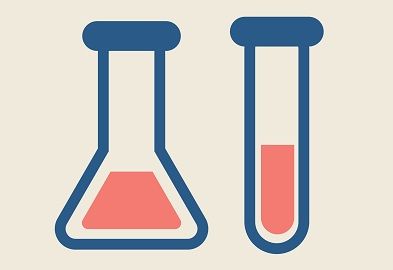 In our day to day life, we came across a number of three-dimensional (3-D) objects, which has a certain volume. The volume of a substance is the total amount of space that it covers, i.e. when we measure the space region taken up by a solid object it is called as volume. Conversely, Capacity alludes to the quantity of something that a container holds. In short, capacity is the container’s volume.

Due to many similarities, the volume is often confused with capacity, but there are less but significant differences between volume and capacity, which one can understand by learning their meaning, unit of measurement, etc.

In mathematics, the term ‘volume’ is used to mean the amount of three-dimensional space, which is occupied by the matter. It is nothing but space, taken up by the substance which can be solid, liquid or gas. It measures the overall size of the closed surface.

The volume of an object can be calculated by multiplying its length, width and height. Normally, it is measured in cubic units, i.e. cubic meters, cubic centimetres, cubic litres, etc., which indicates the number of cubes required to fill the object. Further, depending on the shape of the object, its volume changes. The assessment of the volume of an object gives an insight of how much space is covered by the object.

The term ‘capacity’ is understood as the ability of the hollow object to hold substance, i.e.,. solid, liquid or gas. It is a measure, that ascertains the amount of space available in a container, that can be filled with matter. In other words, the total amount of matter that can be contained in the object is the capacity of the container.

You might have observed, that when we fill air or fluid in a hollow object, it takes the shape of the container. So, the maximum amount of matter that the container is capable of holding is its capacity. It is measured in metric units, i.e. millilitres, litres, kilolitre, gallons, etc.

Key Differences Between Volume and Capacity

The points presented below are significant so far as the difference between volume and capacity is concerned:

Suppose there is a tank filled with water, so the volume is the space occupied by the tank and the water, inside the tank, while its capacity is the quantity of water needed to fill the tank.

The term capacity is used with respect to containers, beakers or any other hollow object. Further, the capacity of a container cannot be changed, but the volume of matter inside the container can be changed by increasing or decreasing the quantity of matter.