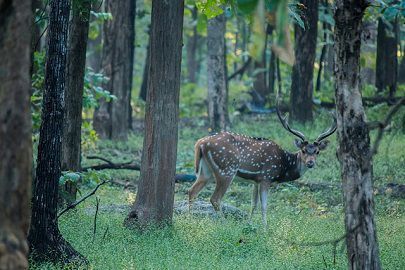 Wildlife constitutes the primary natural heritage, all around the world. Continuous industrialization and deforestation, has posed a threat of extinction to the wildlife. So, to conserve and preserve the natural heritage of the country wildlife sanctuaries, national park, biosphere reserves, etc. are earmarked. Wildlife sanctuaries refer to an area which provides protection and favourable living conditions to the wild animals.

On the other hand, the national park provides protection to the entire set of the ecosystem, i.e. flora, fauna, landscape, etc. of that region. Lastly, biosphere reserves are the protected areas, which tend to conserve the genetic diversity of the plants, animals birds, etc.

The article excerpt attempts to clarify the difference between wildlife sanctuary and national park, so take a read.

Wildlife Sanctuary, as the name suggests, is the place, that is reserved exclusively for the use of wildlife, which includes animals, reptiles, insects, birds etc. Otherwise called as wildlife refuges, it provides habitat, and safe & healthy living conditions to the wild animals especially to the endangered and rare ones so that they can live peacefully for their entire life and maintain their viable population.

For proper management of the sanctuary, rangers or guards are appointed to patrol the region. They ensure the safety of animals, from poaching, predating or harassing.

International Union of Conservation of Nature, shortly called as IUCN has grouped wildlife sanctuaries in Category IV of protected areas.

National Park implies an area that is exclusively designated by the government for the conservation of wildlife and biodiversity due to its natural, cultural and historical significance. It is home to millions of animals, birds, insects, microorganisms, etc. of different genes and species, which provides a healthy and safe environment to them.

National Parks, not only conserve wildlife, but it also provides an amusement of the environmental and scenic heritage, in a way and by those means that does not cause harm to it, so as to provide enjoyment to the future generations. The plantation, cultivation, grazing, hunting and predating of animals, destruction of flowers are highly prohibited.

International Union of Conservation of Nature (IUCN) has declared National Parks in Category II of the protected areas. To visit National Parks, official permission from the relevant authorities is required.

The points given below explain the difference between wildlife sanctuary and national park:

In India, Wildlife Protection Act, 1972 has been enacted, with the aim of providing protection to the species that are facing the threat of getting extinct and also to propagate conservation area of the nation, i.e. national parks.

Difference Between Flora and Fauna

Difference Between Urban and Rural

Difference Between Conventional and Non-conventional Sources of Energy