Advertising is one of the widely used techniques of promotion, wherein modes like television, radio, newspapers, internet, etc. are used for creating demand or interest of the customers towards the product or services offered by the company. On the other hand, personal selling is the verbal communication of the message, to one or more customers, so as to create sales.

Advertising can be defined as the act of drawing the attention of the target audience, towards a product or service. It is an impersonal, paid message, delivered to the general public with the sole aim of creating demand for the product and thus increasing sales. It has a great role to play in marketing, to make people aware of the product. 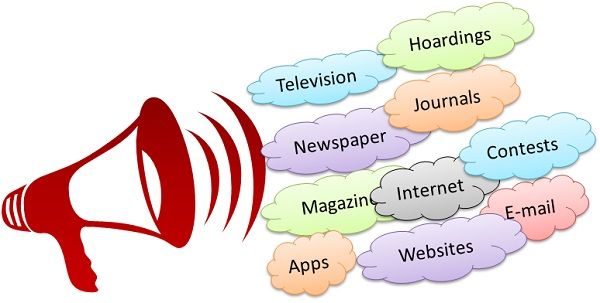 Advertising aims at creating such an image in the minds of the audience, that they are instigated to purchase that product. The greatest advantage of advertising is its range, i.e. it reaches a large number of people in one go.

Personal Selling, as the name signifies, is a promotional tool, where companies use sales force, to increase sales of product and services.

Under personal selling, there is a face to face meeting between the clients or customers and the sales representative, wherein the representatives visit customers personally, so as to transact a sale, by offering and inducing them to make a purchase. Personal Selling involves developing a strong relationship with customers, discovering their needs and providing them such products, which satisfy their needs.

The process requires huge workforce to cover the entire market. Moreover, proper training is also an important requirement of this process, to deal with different types of customers and instigating them to buy the product.

The fundamental difference between advertising and personal selling, are as follows:

There are hundreds of advertisements, that we go through almost every day, that are used for commercial or social purposes. These are messages, which reach us through various mediums, though we do not recognize them they are present.

Personal selling involves direct contact between the seller and buyer. It is one of the best technique used for business customers.

Difference Between Marketing and Selling Concept

Difference Between Upselling and Cross-Selling