While autonomous investment is not influenced by the change in the level of income, output, profit and sales, induced investment is generally affected by these factors, and that is the crucial difference between these two types of investment.

Investment can be understood as that part of the person’s income which is spent into financial schemes, with an aim of further production of capital assets. While making an investment, the following factors should be taken into account:

Investments are preferred over deposits, as they fetch higher returns, subject to the safety of funds and return is guaranteed. From the points of view of the whole economy, there are two types of investments: Autonomous Investment and Induced Investment.

Autonomous Investment can be defined as the outlay of funds on capital formation, which is not dependent on the change in the level of income, interest rate and rate of profit.

Primarily, investment in public utility services such as postal, transport, communication, infrastructure, etc. by the Government falls under this category because the investment made by the government does not rely on the decisional profit or loss.

It is the investment made by the government in any developmental project without concerning its level of economic growth or the future prospects to generate good returns, but with an aim of increasing the level of effective demand, at the time of depression and unemployment.

The amount of autonomous investment is influenced by factors like:

This means that these are the factors which may shift the slope of autonomous investment upwards or downwards.

The sources of autonomous investment are: 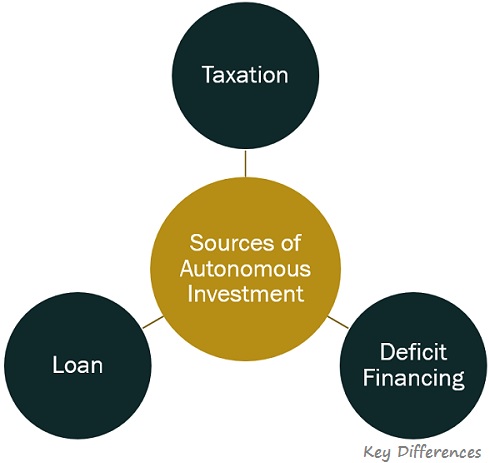 Induced Investment typically means the spending of funds on fixed assets and stocks, which are needed when the income level and demand for goods rises in an economy.

In simple words, induced investment is that investment that differs according to the income, i.e. the more amount an individual or firm has, the more they will spend.

So, we can say that it is a function of income.

It is mainly determined by two factors: 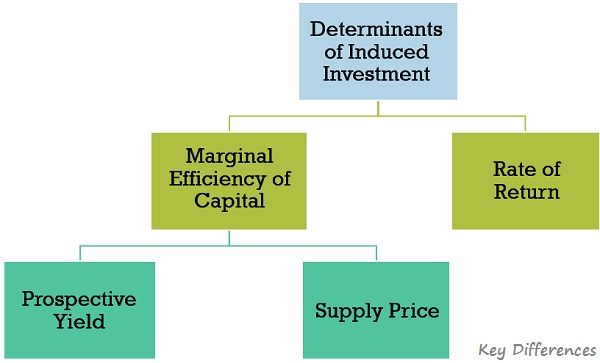 So, the greater the liquidity and preference the higher will be the rate of return and vice versa. 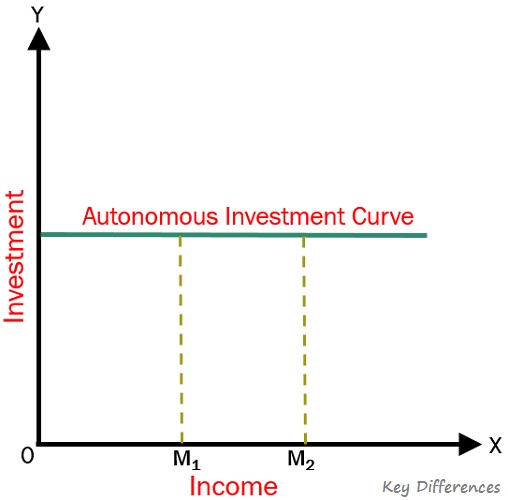 As you can see in the figure, the income increases from M1 to M2 but the investment amount remains constant, at both the levels. So, in the case of autonomous investment, the quantum of investment remains the same on every income level. 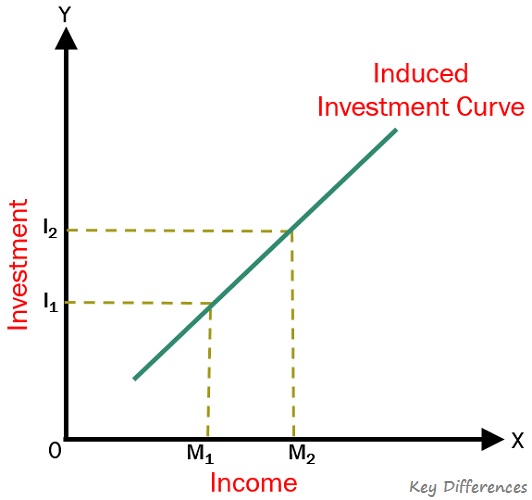 Put it another way, if the firm needs to expand the capacity, in order to meet the anticipated increase in demand of 1000 units. Therefore, the additional capacity of 500 units of output will need 100 more machines, to be installed, to meet the demand. The investment undertaken in such a case would be induced investment.

The investment made by the government or private firms in economic and social sectors comes under autonomous investment, i.e. expenditure on buildings, dams, roads, tunnels, canals, flyovers, schools, hospitals, and so forth.

On the other hand, the increase in national income followed by increased consumption, i.e. demand for goods and services will increase. Hence, the firms will be bound to increase the supply for which they need to invest in capital assets, i.e. plant and machinery, which comes under induced investment.

Difference Between Investment and Speculation