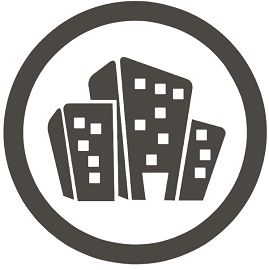 One of the common strategies of the firms, to expand their business at the national or international level, is to set up branches, at different places. Branches are a part of the parent organization, which are opened to perform the same business operations as performed by the parent company, to increase their reach.

The article explained below shed light on the differences between branch and subsidiary of a company.

Branch is defined as an extension of the parent organisation, which is set up at another location, to increase their coverage. It carries out the same activities as performed by the head office. The officer-in-charge of the branch is known as the branch manager, who is directly responsible for the work of the branch, as well as reports to and take instructions from the head office.

Most of the banks and financial institutions have branches that are opened to play the agency role. Setting up branches at various remote locations, increases the customer base, accessibility and also helps in timely and effective distribution of goods and services.

Example: The head office of Reserve Bank of India is located in Mumbai, and it has 20 branches (regional offices) which are located in the capital cities.

The term subsidiary company is a business entity, whose ownership and control is in the hands of another business enterprise. Usually, when a company buys another company, the buying company, is called as holding the company and the company so bought is the subsidiary.

A company is said to be a subsidiary of another if any of the three conditions are satisfied:

Example: If we talk about Reliance Industries Limited, there are various subsidiaries owned by it are: Reliance Jio Infocomm, Reliance Petroleum, Reliance Retail, and so forth.

Key Differences Between Branch and Subsidiary

The points given below are noteworthy concerning the difference between branch and subsidiary:

To sum up, branches are set up with the sole aim of increasing the business coverage and facilitating easy distribution of goods and services. On the other hand, owning a subsidiary primarily accounts to expanding the business entity, by purchasing a company operating in similar or different business. Branches and subsidiaries located in the foreign country, follow the rules and regulations of the respective country.

Difference Between Spin-off and Split-off

Difference Between Licensing and Franchising

Difference Between Franchise and Chain