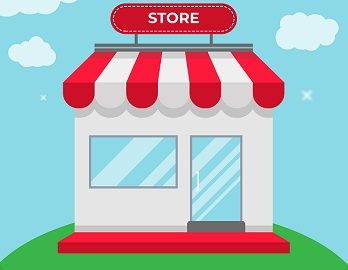 The franchise is primarily used by the businesses when they want to expand their market share and the overall reach but at a low cost. It refers to a joint arrangement amidst two parties, i.e. franchisor – the company who grants franchise, and franchisee – the person who purchases the right of marketing and selling the franchisor’s products and services.

A franchise establishment is a form of chain business. Chain store refers to a retail enterprise with multiple branches at different geographical locations, with single central management. The chain stores vary as per the kind of products sold or services rendered by them.

In this session, we will talk about the differences between franchise and chain.

Franchising is a business arrangement, in which a multinational enterprise (franchisor) grants the right to undertake the business of marketing and selling the products or delivering services, to an individual or a group of individuals, using the franchisor’s business model.

So, in a franchise, the franchisee purchases several rights from the franchisor. It may include the right to use:

The franchisor and franchisee sign an agreement for a definite period, with which the franchisor acquires distribution of their products and service through affiliated dealers, i.e. franchisee.

A small amount is paid as consideration by the franchisee to the franchisor as an upfront franchise fee, along with annual fee as royalty, for the use of tradename, rights and continuous assistance from the franchisor in training and merchandising.

Further, the franchisee must adhere to the defined business protocol, guidelines and the corporate policies established by the franchisor. These are commonly stated in a franchise agreement.

Chain refers to the series of retail outlet, located at different geographical areas, owned by a single company, offering the same products and services. A chain store is one such retail outlet. It aims at dominating the concerned industry and so, they are spread across the nation or globe.

Chain stores may range from supermarkets to restaurants, to multiple shops. Chain stores are a bunch of retail stores of similar brand, owned by and operated under single central management. It represents a network of branches, located and operated at different parts of the country.

Further, the market they are in competition with, are primarily local markets.

Chain Stores are characterised by:

A chain store is known by different names in different countries, i.e. In Europe and other western countries, it is called as multiple shops.

Wal-Mart, Costco, The Kroger Company, Target, Safeway and many more.

Key Differences Between Franchise and Chain

The difference between franchise and chain can be drawn clearly on the following grounds:

Most companies across the world are using franchise as their growth strategy, to increase their distribution, as well as the companies need not invest their own money in order to open the outlet at a certain location.

Difference Between Licensing and Franchising

Difference Between Branch and Subsidiary

Difference Between Dealer and Distributor