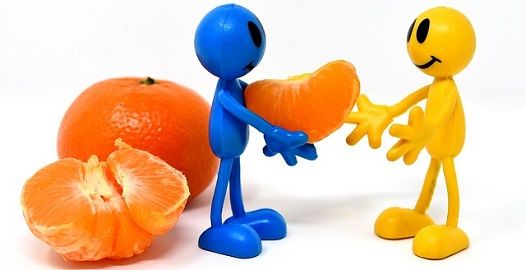 The words, bring and take both are examples of irregular verbs, as they do not have a regular -ed ending in their past forms. These two are very commonly misconstrued, but they cannot be used interchangeably, as their meanings are diametrically opposite. Bring means to carry or transfer something from one person or place to another.

On the other hand, take means to hold something with hands or to accept/get something from another person. Let’s understand the difference between bring and take with the help of examples:

In the first example, we’ve used the word ‘bring’ to mean ‘carry the notebook along with’, whereas taken (past participle form of take), denotes that she ‘carried the book away with her’. In the next case, ‘bring’ connotes ‘buy’ and take is used to refer ‘have’.

The word ‘bring’ is a doing word, which refers to the movement of an individual or object towards a particular place, direction or person. In other words, the person or object moves from the listener to the speaker. As the word bring is an irregular verb, the past form of ‘bring’ is brought. Let us now understand its uses in sentences:

‘Take’ means accept/hold something given by someone or to have something with you wherever you go. Simply put, we use the word ‘take’ to move something away from someone. Take is an irregular verb, whose simple past and past participle forms are – took and taken respectively. Let’s take a look at the points to understand its usage in sentences:

Key Differences Between Bring and Take

The difference between bring and take are elaborated hereunder:

Difference Between Across and Through