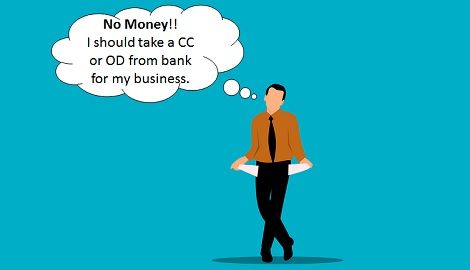 Cash Credit (CC) is a loan account opened by the customer with the bank. The cash credit limit depends upon the assets’ collateral. The limit is flexible, i.e. the banks have the authority to increase or decrease this limit. For this facility, banks charge interest on the actual amount used.

Granting of loans is among the major functions which commercial banks perform. Post maintaining cash reserves as per RBI norms, banks can lend their deposits to those in need. Banks provide such loans and advances against approved security for productive purposes so as to earn interest. Cash Credit and Overdraft are two such short-term loan arrangements.

In this write-up, we have elaborated on the differences between cash credit and overdraft.


What is Cash Credit?

Cash Credit is an arrangement wherein banks extend cash loans to the customer against some tangible security or personal guarantee. It is a drawing account, against a fixed credit limit which banks extend. The operation of this account is in a similar manner as a current account on which overdraft is provided.

This account lets the borrower draw money within the specified limit, whenever required. After that, he must repay the same. That means it allows the customer to withdraw from his cash credit account as per the needs. At the same time, he can deposit any surplus funds lying with him.

Further, the bank charges interest on the amount actually withdrawn. That means the customer need not pay interest on the entire sum granted. Due to this reason, many industrial and commercial undertakings prefer it.

RBI issued a directive in the early 1970s. In the directive, the RBI prescribed a commitment charge which banks must impose on the non-utilized part of the credit limit. The bank imposes this charge because there is a loss of interest to the bank.

An overdraft facility is a short-term credit that banks extend to their current account holders. In this, the holder can withdraw cash over and above the actual available cash balance from their current accounts up to the sanctioned limit. Banks offer this facility on the basis of the creditworthiness of the borrower.

In this case, the borrower is the businessman or business. The customer can withdraw the amount as per his need. After that, repayment should be made through deposits in the current account.

For providing such a facility, the bank seeks security and levy interest on the overdrawn sum. Generally, banks sanction a drawing limit either against security or without security. Banks grant this facility for a short period. It requires repayment on demand along with interest. The bank charges interest on the daily overdrawn balance.

Important: In the balance sheet of the customer, overdraft appears on the liabilities side. 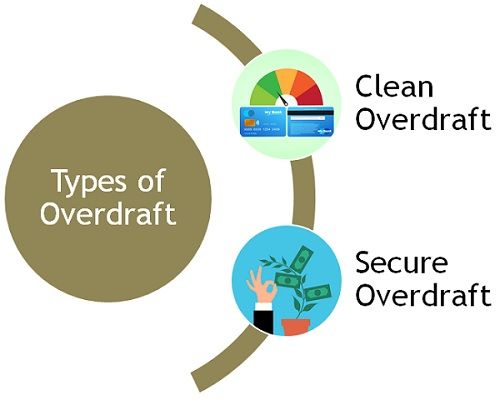 Banks provide overdraft facilities to the customer upon the written request of the customer. Also, the bank may ask for a promissory note or personal security to ensure the safety of the amount withdrawn. In the other case, the borrower has to open a loan account, whose limit is decided by the bank on the basis of the securities pledged.

Difference Between Overdraft and Loan

Difference Between Cash book and Passbook

Difference Between Loans and Advances

Difference Between Credit Union and Bank