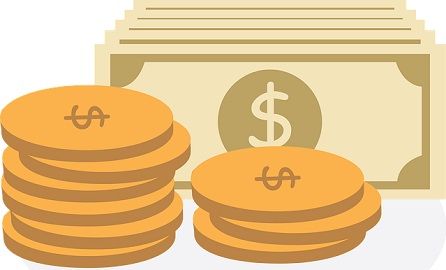 Finance is the spine of every business because in the absence of sufficient funds the business cannot function properly. From the day, the decision to start a business is taken, the need for finance is realised. It is required to purchase plant and machinery, inventory, office furniture and so on, while some amount is needed for undertaking regular operations.

The capital brought in by proprietor may not be adequate to fulfil all the financial requirements of the company, rather the entrepreneur has to seek different sources. There are many options present before the entrepreneur, to avail finance, and so loan and overdrafts came into the picture.

Take a read of the article to understand the difference between overdraft and loan.

Overdraft is a borrowing facility provided by banks to its current account holders, in which they are allowed to withdraw amount over and above the credit balance in their account. However, the withdrawal can be made only up to a certain amount, i.e. overdraft limit, which depends on the credit rating of the customer and varies from one customer to another.

The overdraft facility allows an individual or entity to withdraw short-term funds, as and when required and repay the same by way of deposits in the account along with interest. Customers can avail this facility by making a written request to the bank for granting it. The facility is sanctioned for one year, after which it has to be renewed. The renewal of the facility is at the discretion of the lending institution, depending upon the satisfactory conduct of the account.

It is somewhat like a revolving loan wherein the customer deposits the amount with the bank for re-borrowing it. Thus the interest is charged on the daily debit balance of the current account. The bank or financial institution has the right to reduce the overdraft limit or cancel the facility anytime. Consequently, the amount due can be called anytime by the bank for repayment without any prior notice to the account holder.

The term ‘loan’ is understood as the fixed amount of credit extended by banks, for a specified term, which has to be repaid in future, along with interest as per the stipulated repayment schedule.

It is an agreement between the lender (banking company) and the borrower (customer) in which the lender transfers money to the borrower, for a particular period, which has to be returned along with the interest thereon, in the future. The transfer of funds is made against collateral, such as land, building, vehicle, gold and the like. If the borrower delays payment or defaults in payment, the lender has the right to realise the outstanding amount by selling the security.

The credit record of customer plays an important role in determining, whether the borrower has the capability of repayment or not. So, on the basis of the credit ratings given by the recognised credit rating agencies, the loan amount is sanctioned.

Key Differences Between Overdraft and Loan

The points given below clarifies the difference between overdraft and loan, considering various parameters:

In a nutshell, overdraft is a facility that permits an individual to keep on withdrawing the sum from his current account, even if the available balance is zero. On the flip side, the loan is the fund borrowed from the bank against collateral. The rate of interest so imposed on the overdraft is greater than the loan.

Difference Between Cash Credit and Overdraft

Difference Between Grant and Loan

Difference Between Loans and Advances