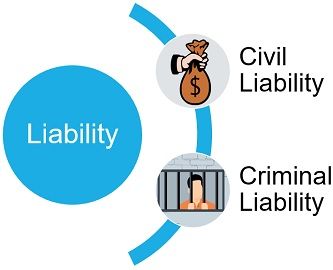 A civil lawsuit begins when a person or an enterprise fails to perform any obligation owed to another person. The aggrieved party gets monetary compensation as damages for the loss suffered by him. The loss can be physical, mental or monetary. And the liability that arises in the case of a civil lawsuit is nothing but a civil liability.

In this post, we will talk about the difference between civil and criminal liability.

A plaintiff imposes civil liability against the defendant. In the case of civil proceedings, the plaintiff has the right to demand compensation or damages from the defendant, for the loss suffered by him. It can be in the form of:

The plaintiff usually seeks financial compensation for the injury or loss of the non-criminal act performed by the defendant.

A victim imposes criminal liability against the accused. In case of any criminal proceedings, victims look for punishment which can be in the form of imprisonment or penalty for the wrongdoer. For example Murder, theft, sedition, rape, assault, etc.

In criminal cases, generally, a state prosecutes the defendant in the court of law. Moreover, in such cases, it is assumed that both physical and mental element is present in any criminal offence.

It is the responsibility of the prosecution to establish two elements to create a criminal liability:

This implies that the prosecutor has to prove that the defendant has committed the guilty act while having a guilty state of mind. The prosecution must prove the same to the judge beyond a reasonable doubt. Because the absence of any of the two elements will result in the acquittal of the defendant.

So, the first element is the performance of the prohibited act and the second element is the wrongful mental state. This means that simply having the intent to commit a criminal act is not punishable in the eyes of law. Also, making preparation for committing a criminal act is not punishable. However, criminal liability arises when a person goes a step further into the stage of preparation and makes attempt to commit an act which is forbidden by law.

Note: Criminal Liability emerges when the crime reaches the stage which is above the level of preparation and the person has made an attempt to perform the act.

The pointers stated here will explain the difference between civil and criminal liability: 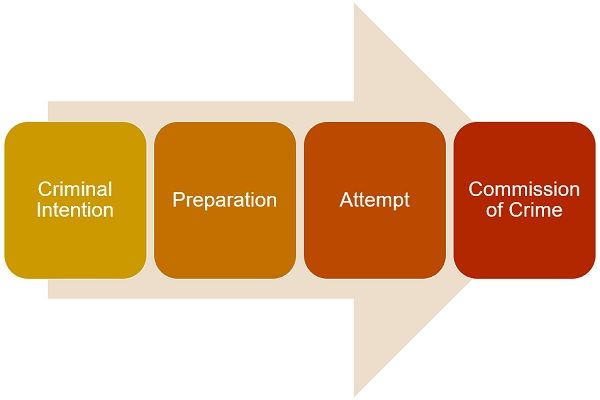