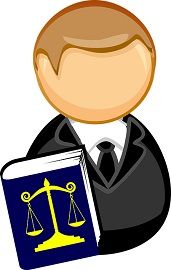 On the happening of an incidence, prohibited or punishable by law, such as a civil disagreement between parties to the dispute or criminal activity, the case goes to trial in the law court. The Criminal Code Procedure lists out the rules for arresting, investing and trial of criminal before the courts. In a court trial, the parties to the dispute come together, to present the facts and evidence before the court of law.

As per criminal law, all the offences need to be investigated, inquired and tried, as per the relevant provisions. The trial is not exactly same as hearing, which is a legal proceeding before a court or any judicial body, to gather facts about the case/issue. The article excerpt sheds light on the difference between trial and hearing, so take a read.

In law, hearing implies the general assessment of a case by the judge, wherein preliminary decision is taken by the judge, regarding whether the case is to be pursued or not. These are oral arguments, in support of the case, to settle it or make a judgement or to decide relevant aspects of the case, to ascertain the way in which trial will proceed. It can be held for any civil, criminal or administrative proceeding.

In a court hearing, the lawyers of both the parties, i.e. prosecution and defendant, present material, facts, information and evidence before the judge, concerning the case. After that, the judge decides whether to hold the accused or not for trial, on the basis of the evidence provided.

The trial can be understood as the legal proceeding in which the evidence and witnesses are legally taken on oath, and the guilt or innocence of the accused is determined. It tends to find out the cause of the incidence/offence and ends in conviction or acquittal of the inmate.

The trial is an official hearing of a lawsuit, before a court, to verify facts and evidence and ascertain legal claims that result in the judgement, through adversary system. The adversary system relies on accusatorial method, wherein the public prosecutor accuses the other party, i.e. defendant, for committing the crime. The accused is believed as innocent unless the charges filed on him are proven beyond reasonable doubt.

Key Differences Between Hearing and Trial

The difference between hearing and trial can be drawn clearly on the following grounds:

As per Criminal Procedure Code, there are three stages of a criminal case, i.e. investigation, inquiry and trial, wherein inquiry and trial are judicial proceedings. Hearing and trials are similar to one another in the sense that they are publicly held and involve competing parties.