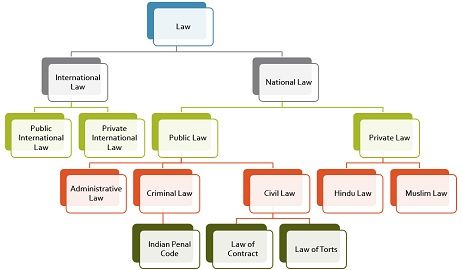 We all are quite familiar with the word ‘crime’, as we have seen, read, heard or experienced it at some point in our lives. There are some acts which are considered as a crime in all the countries of the world, while there are specific acts which are regarded as a crime, in a particular state only. In simple words, any act which is against the law is termed as a crime.

Crime is often contrasted with torts. Many of us are aware of what a tort is or which act is regarded as a tortious act, but there are many who still have no idea about it. So, tort occurs when the private rights of an individual are being violated. When damages caused to a person due to a wrongful act done by someone else, the injured person has the right to file a suit, to claim damages, under tort law.

Tort law address and redress issues relating to a civil wrong. Further, the commission of a tortious act means a violation of civil law. Conversely, Crime is when the public rights are violated and that is why the act is considered as against society. Now we will discuss all the differences between tort and crime.

A tort can be defined as a civil wrong, due to which the claimant unfairly suffers injury or harm leading to legal liability to the person who is responsible for the tortious act. The person who commits the wrongful act is known as tortfeasor or defendant, whereas the one who suffers the loss is regarded as a plaintiff or injured party. The lawsuit filed against the wrongful act is called tort action.

In tort law, the legal suit is filed by the claimant with the aim of obtaining private civil remedy, i.e. damages for the loss suffered. Injury refers to infringement of the legal right of person and harm implies loss or damage which a person suffers.

Usually, every suit which is brought to the civil court, except contractual suit, is dealt under tort law. The law is made to redress the wrongful act done to a person by another person and acts as a countermeasure, to provide relief from such acts of other, by imposing monetary liability on the tortfeasor, as compensation.

Tort law is a law which legally refrains people from causing harm or injury to others. However, if harm is done, it ensures restoration of damages through compensation, not because of an agreement between the parties concerned but due to the implication of general law. So, we can say that tort shifts the burden of loss sustained by the claimant to the defendant, i.e. the one who is responsible.

Negligence, injury, intentional infliction of emotional distress, invasion of privacy, are some of the common examples of tort.

Crime refers to the commission or omission of an act, intentionally which amounts to an offence, as it is harmful or threatening. Such an act is explicitly defined, strictly prohibited and punishable under the criminal code. The punishment will be in the form of imprisonment or fine or both.

In other words, crime is an unlawful, illegal or antisocial act, which is not just forbidden by law but also defies the moral sentiments of the society. Basically, which act or behaviour is referred to as ‘crime’ lies on the jurisdiction where a person resides.

First of all, the police are informed about the crime, who then investigates the matter by communicating with the people who witnessed it and the victim as well. The place where the crime took place is also inspected thoroughly to find evidence and facts of the crime.

Once police obtain enough evidence concerning the crime, the search for the suspect starts and whenever or wherever the suspect is found, he/she is arrested and presented to the court for prosecution.

Usually, the accused is deemed innocent, until they are proved guilty. Once their crime is proved, the criminal is sentenced (punishment decided by the court), which may be appealed.

Key Differences Between Tort and Crime

The points of difference between tort and crime are given here in detail:

In a nutshell, torts are often accidental or unintentional, but due to negligence, the injury takes place, which needs to be compensated or restituted. However, torts can be intentional, but only in some cases. On the contrary, crimes are deliberate and planned wrongful act undertaken with the intention to harm or threaten others to get some unlawful benefit.

Difference Between Deviance and Crime