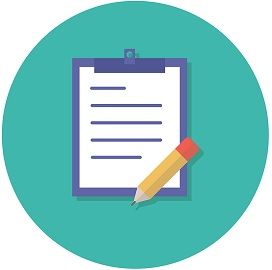 However, in case of a non-cognizable offence wherein, the police neither have the right to arrest any person without a warrant, nor investigate without prior approval of the court, a complaint is lodged with the magistrate. Both a complaint and FIR are extremely important, as they form the foundation of a lawsuit.

This article excerpt sheds light on the difference between FIR and complaint.

The term ‘complaint’ can be defined as any type of accusation excluding a police report, made verbally to the Magistrate, to make him/her take action as per the Criminal Procedure Code, that a person has committed an offence.

Although, a police report in a case is also considered as a complaint when after investigation it is revealed that a non-cognizable offence is committed. In such a condition, the officer who prepares the report is deemed as the complainant. In a civil lawsuit, a complaint is termed as a plaint.

Any person is allowed to file a complaint, except in the case of marriage and defamation, where only aggrieved party can complain. In a complaint, the complainant requests to penalise the culprit appropriately.

First Information Report shortly known as FIR can be described as every information concerning the cognizable offence, verbally provided to the officer in charge of the police station by the victim or the witness or any person who is aware of the commission of the crime.

FIR is of great importance especially in case of the criminal offence because only after the lodging of FIR, the police can take action against the wrong doer. FIR may contain the date, time and place of the incidence or crime, name and address of the information provider, facts associated with the offences and similar other details. It can be lodged in the police station of the area where the offence took place.

Key Differences Between Complaint and FIR

The difference between complaint and FIR are given in the points hereunder:

Difference Between IAS and IPS