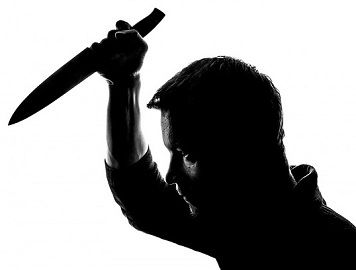 ‘Coercion‘ is the act of threatening a person, to compel him/her to enter into the contract and perform the obligation. On the contrary, ‘Undue Influence‘ is an act of controlling the will of the other party, due to the dominant position of the first party. When the consent of any of the parties to contract is affected by coercion or undue influence, it is said that consent is not free.

The essence of a contract is agreement, i.e. mutual consent, i.e. the parties to the contract agreed upon the same thing in the same sense i.e. Consensus ad idem. Consent of the party is not enough for agreement, but it requires free consent. It is the most important element of the valid contract. When the consent of the one of the party is not free if it is said to be tainted by coercion, undue influence, misrepresentation, fraud or mistake.

Take an overview of the article, to further comprehend the difference between coercion and undue influence.

Coercion includes blackmailing, threatening to kill or beat any person, torture, harming the family of a person, detaining property. Moreover, it includes the actual committing or threatening to commit an offence which is strictly prohibited, or forbidden by the Indian Penal Code (IPC), 1860. The acts influenced by coercion are voidable, not void i.e. if the other party whose will is influenced by coercion seems any benefit in the contract, then it can be enforceable.

Example: A threatens B to marry him, or else he will kill her whole family. In this situation, the consent of B is not free i.e. coercion influences it.

Undue Influence is a situation in which one person, influences the free will of someone else by using his position and authority over the other person, which forces the other person to enter into an agreement. Mental pressure and moral force are involved in it.

The parties to the contract are in fiduciary relation to each other like a master – servant, teacher – student, trustee – beneficiary, doctor – patient, parent – child, solicitor – client, employer – employee, etc. The dominant party tries to persuade the decisions of the weaker party, to take unfair advantage of his position. The contract between the parties is voidable, i.e. the weaker party can enforce it if he seems some benefit in it.

Example: A teacher forces his student to sell his brand new watch, in a very nominal price, to get good grades in the examination. In this situation, the consent of the student is affected by the undue influence.

The major differences between coercion and undue influence are as under:

Coercion and Undue Influence both are barriers in the path of free consent of the parties which is an essential element of a contract. That is why the contract is voidable at the option of the party whose will is influenced by the other party.

Difference Between Fraud and Misrepresentation