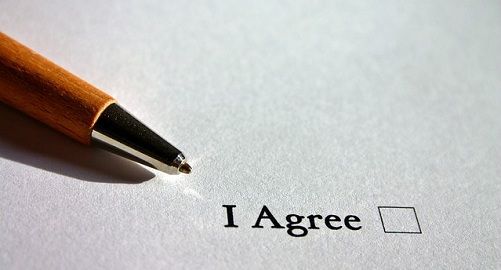 The contract can be defined as any agreement which is legally enforceable. So, the fundamental elements of a contract are agreement and enforceability as per law, wherein the agreement is a result of offer and acceptance. Based on the formation, contracts are grouped as, express contract, implied contract and quasi-contract. Express contracts connote the type of contract whose terms are expressly declared.

Express Contract, as the name suggests is the contract, wherein the parties to the agreement, either orally or in written form, states the terms and conditions of the contract. In short, when the offer and acceptance of the agreement are communicated verbally, then the contract is said to be express.

Irrespective of the mode of expression, the contract must exhibit the mutual intent of the parties concerned to be bound. Further, the expression must be spelled out and interpreted. It encompasses a certain proposal, unconditional acceptance and adequate consideration.

For example: John writes a letter to Harry, offering to sell his house to him for 28 lakhs. Harry, by a written letter, gives his acceptance of the proposal. Such a contract is known as an express contract.

Implied Contract means a contract which is inferred by the activities and conduct of the parties concerned. In other words, a contract in which the elements, i.e. offer and acceptance is made, without the use of words, then this type of contract is known as implied contract. Such a contract come into being from the assumed intention of the parties. It can be of two types:

The points given below are substantial so far as the difference between express and implied contract is concerned:

The main difference between the two types of contract, primarily differs on the basis of the mode of communicating assent and evidence required. In an express contract, the terms and conditions are explicitly manifested. It differs from an implied contract, in the sense that, a contract which is supposed to exist, based on the conduct of the parties involved.