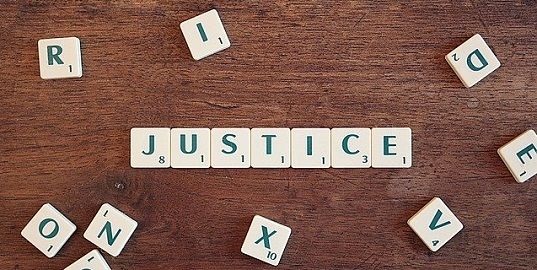 In criminal law, ‘intention’ absorbs a significant place. With regard to the supreme form of the mental element, it is applicable to heinous crimes. The Indian Penal Code does not define the word ‘Intention’, however, section 34 is concerned with ‘common intention’.

In common intention, there must be a prior meeting of mind and unity, as well as there is an obvious act must be performed in the progression of the common intention of all.

Here we are going to discuss the differences between common intention and common object.

Common Intention refers to the predetermined plan and taking action in unison to proceed with the plan. Common Intention springs before the crime is committed, but the time gap between the two should not be long. It could take place suddenly.

When two or more than two persons give their consent to perform an act, under common intention, the co-accuseds are entitled to equal criminal liability, as mentioned in Section 34 of the Indian Penal Code. In such a case each and every member is liable for that act, in a way that they had done the act solely.

Section 34 of the IPC incorporates the principle of joint liability when a criminal act is performed, and the crux of that liability is the presence of common intention. Its applicability is due to the involvement in the offence. It is among the provisions of the Indian Penal Code, which is exercised to extend the liability of other people.

The essence of this section is that the accused must be physically present at the actual commission of the crime.

The term object refers to the purpose and to make it common, it has to be mutual.

When five or more than five persons in continuation of a common object, conduct an illegal act, then each and every person is equally liable, no matter if there is a prior meeting of minds among the co-accuseds or not. However, the consent of all is important as every member of the unlawful assembly has given their consent to achieve the common object.

Further, when any one of the members of the unlawful assembly has committed an offence to proceed with the common object of that assembly then every member of that assembly is guilty of that offence.

As per Section 149 of IPC, the liability of other members for the crime committed during the prosecution lies on the fact that if the other members knew in advance that the offence actually committed was expected to be committed in the continuance of the common object.

This can be identified by the nature of the assembly, arms of behaviour, at or before the scene of action. Further, if it is found out that the other members are not known about this fact, then their liability for the offence does not arise.

Simply put, the object has to be common to the members, who constitute the assembly, i.e. they are not just aware of the purpose, but they also have concurrence in that regard.

According to section 141 of the Indian Penal Code, an assembly of five or more than five persons is regarded as an unlawful assembly, if it is formed with an unlawful object.

The difference between common intention and common object can be drawn clearly on the following grounds:

Common object differs from a common intention in the sense that it doesn’t need a preliminary concert and consensus before the offence takes place.

Further, in the cases of joint liability, the co-accuseds who were involved in a crime, under common intention and common object is entitled to equal criminal liability subject to certain exceptions.