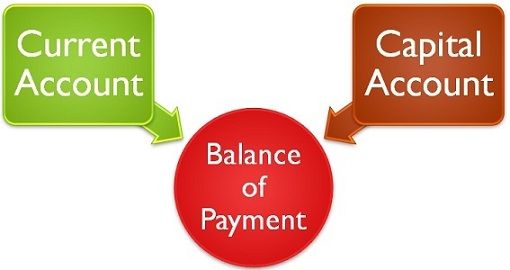 The balance of payment is the record of dealings in goods, services and assets, between the citizens of the nation and the rest of the world. It is divided into two parts, i.e. Current Account and Capital Account. Current Account is an account showing the trade of merchandise, whereas the Capital Account gives place to all capital transactions.

While current account is used to keep a track on the movement of money in and out the economy, during a particular period. The capital account, on the other hand, represents the flow of capital in the economy. It is quite troublesome to understand what matters are considered in the former and what are discussed in the latter. So, here in this article, we’ve presented the difference between capital account and current account, take a read.

The Balance of Payment is a set of accounts which comprises of two major accounts, one of which is the Current Account. Current Account is the record of the inflow and outflow of money to and from the country during a year, due to the trading of commodity, service, and income. The account is an indicator of the status of the economy. The major components of a current account are:

Current Account is the record of the exchange of commodities and services for the recent period. It shows the flow of foreign trade. In India, reporting of the account is done by the Central Bank. If the account shows a negative balance, then it means that the imports are greater than exports or consumption exceeds savings. Similarly, if there is a positive balance, then it is a symbol of exports over imports.

The remaining half of the Balance of Payment is Capital Account, which records the movement of capital in the economy due to capital receipts and expenditure. It recognises foreign investment in domestic assets and domestic investment in foreign assets. The details can be recorded by analysing the inflow and outflow of funds from the nation’s economy. The funds can be in the form of loans or investments.

The Balance of Payment is the sum total of both the accounts. Apart from all the differences between the two accounts of the balance of payment, if one account shows surplus the other will show the deficit and vice versa, but at the end, both the accounts will get balanced.