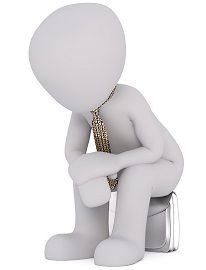 Duty and Responsibility are wider terms, which are used in a number of contexts, say in the field of law, management, education, ethics and so forth. These are commonly used with one another, but they are two different terms, wherein the duty is imposed on someone, to perform something which is morally, legally or professionally considered right. It is something which we are required to do as per law, conventions, rules and norms.

On the other hand, the responsibility is undertaken, i.e. something which a person has to take care of or handle. When a person is responsible for something, he/she becomes the one to be held accountable for or blamed for its performance and completion or non-completion. In this article we are going to talk about the difference between duties and responsibilities, have a look.

Duty can be defined as a moral, legal, or professional obligation which a person is bound to do, otherwise, he/she has to face certain punishment or penalty. It determines what a person should have done in the normal course of action in general or in specific circumstances.

The law governing the country has specified certain duties which must be followed by every citizen. It exhibits an invisible force which binds a person to do something which is considered right in the eyes of law, whose non-performance may result in fine or punishment.

Duty is the obligatory task, conduct, work or service, that emerge out of an individual’s position, occupation or role.

In management, the word ‘duty’ is used to define the tasks or functions which an employee has to perform, as it is a part of his/her job.

In economics, duty is described as a form of tax levied by the government on the goods purchased from or sold to foreign countries. The non-payment of such taxes may result in a penalty to the exporter or importer.

Responsibility refers to a state of having some authority or obligation to undertake a task satisfactorily which has been assigned by someone who is superior or elder, so as to attain the desired results. It is required to be undertaken as a part of a job or role.

It makes a person answerable or accountable for the completion of the task, or safekeeping of valuables/cash, or protection of a person. Hence, the person who accepts the responsibility has to be ready to bear the consequences, for his/her actions or decisions taken in this regard, which may be positive or negative.

Responsibility often comes with the authority to give directions and take relevant actions when required. When authority is delegated to a person, he/she becomes responsible for its performance and the optimum use of the delegated authority.

It reflects the trust of the person delegating the authority on the person to whom it is delegated, that the task will be completed accordingly.

Key Differences Between Duty and Responsibility

The points given below are substantial so far as the difference between duty and responsibility is concerned:

Duty brings responsibility, i.e. when you say it is your duty, it indicates that you ought to do that because you are responsible for that act if it is not done properly, within the reasonable time. It requires allegiance on the part of the concerned individual, for the discharge of duties and responsibilities successfully.

Difference Between Responsibility and Accountability

Difference Between Authority and Responsibility