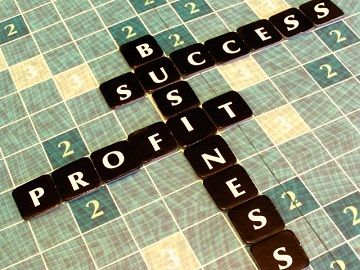 The profitability and performance of a business concern can be calculated through various measures, which helps in comparing various companies operating in the same industry or sector. EBIT and EBITDA are the examples of such measures. EBIT or Earnings before interest and tax takes into account depreciation and amortisation while calculating the earnings of the company.

Conversely, EBITDA or Earnings before interest and tax, depreciation and amortisation, is reckoned by adding back, the non-cash expenses of the compoany. Here we present you an article, which will help you to understand the differences between EBIT and EBITDA.

EBIT as its name suggests, it is the operating earnings of the firm before interest and tax. It is a measure, that indicates the firm’s profit from operations, that is why it does not consider the factors other than operational profitability, i.e. cost of capital and tax burden. It reflects the firm’s earning capacity from regular operations.

The measure is helpful in analysing the company’s operational efficiency, ignoring interest and income tax expenses. As these two variables differ from firm to firm, EBIT provides an ideal measure to compare the performance of firms operating in a single industry. It can be calculated by summing up operating income and non-operating income, where operating income is net of operating revenue less operating expenses.

EBITDA is an acronym for, Earning Before Interest, Tax, Depreciation and Amortization. It signals company’s profitability and performance on the basis of operating decisions. It ignores the impact of non-operating factors like cost of capital, non-cash items and tax implications. It is the true indicator of company’s operational efficiency. It is calculated to know, what the company is actually earning from its operations.

As the non-operating factors vary from company to company, it allows the users to analyse the profitability of the company using an ideal performance metric. In this way, the comparison can be easily made between different firms of similar size and nature.

Key Differences Between EBIT and EBITDA

The significant differences between EBIT and EBITDA are explained in the given below points:

As Generally Accepted Accounting Principles (GAAP) do not permit both the two measures to be included in the income statement. Therefore, they do not form part of the financial statement, but they are separately calculated by the companies, as these are used by the shareholders and other investors, in order to identify the worth of the company. The fundamental difference between these two terms is that EBIT, represent the operating income of the company, before the debt cost and taxes, but after depreciation and amortisation whereas EBITDA, represents the operating income of the company, before debt cost, tax implications, depreciation and amortisation.

Difference Between NOPAT and Net Income