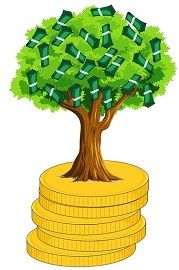 Provident Fund is an investment fund, wherein specified individuals can make the contribution, and a lump sum amount which includes the principal and interest thereon is paid to the holder, either on maturity or on retirement. EPF or Employees Provident Fund refers to an arrangement whereby a certain percentage of the salary of the employees is deducted every month to contribute it towards the EPF account.

On the other hand, PPF or Public Provident Fund is one such scheme for the general public, whereby a common man can voluntarily invest money in the fund. EPF and PPF are two savings avenues, in which the investment can be made to get the retirement benefits. Further, it also mobilizes the savings of the general public, which reaps interest.

To further understand the two schemes along with their differences, take a read of the article presented to you.

Every organization employing 20 or more employees have to register themselves with the EPFO. However, organizations with less than 20 employees can also register with EPFO, subject to certain conditions are satisfied.

The scheme is just to encourage the savings of employees, wherein a fraction of their basic salary (including dearness allowance, if any) is deducted every month and contributed towards the scheme. A similar amount is contributed by the employer too. At the time of leaving the company, i.e. retirement or resignation, the employee gets the corpus sum along with the interest accrued on it over the years of service.

In general, 12% of the salary is contributed by both employer and employee into the account, wherein the entire portion contributed by the employee is credited to the EPF account and only 3.67% of the employer’s contribution is credited to the EPF account, while the remaining 8.33% is transferred to the Employee’s Pension Scheme. The government and central board of trustees determine the rate of interest on EPF, every year.

PPF is a safe, long-term, tax-free, interest-bearing, savings plus investment vehicle which helps individuals to accumulate good amount for their retirement, by investing a certain sum over a long period of time, into the fund. The government determines the rate of interest every year.

Any person who is a resident of the country can make an investment in the PPF account, except the Hindu Undivided Family. Further, in case of minor and person of unsound mind, the parent or guardian can open an account on behalf of them. However, opening a joint PPF account is not permissible. Moreover, the account can be opened in any post office and selected bank branches.

It has a lock-in period of 15 years after which the accumulated sum with interest can either be withdrawn and the account is closed, or the term can be extended on the application for a block of 5 years.

Further, the deposit limit ranges from ₹ 500 to ₹ 1,50,000 in a financial year. Here, it should be noted that the deposit limit is combined, in the sense that the total deposit made in the individual’s own account and the accounts opened on behalf of other persons, should not be more than ₹ 1.5 lakhs. Further, a maximum of 12 deposits in a year is allowed.

Key Differences Between EPF and PPF

The points given below are noteworthy so far as the difference between EPF and PPF is concerned:

Both EPF and PPF provide the facility of Nomination so that in the case of death of the person concerned, the amount is paid to the nominee. This can be done in favour of mother, father, spouse and children excluding brother and sister. Also, there can be more than one nominee provided the account holder mentions their name at any point in time.

Nomination in favour of any person other than mentioned above is deemed invalid but in case it is done, then the amount is paid to the legal heirs of the deceased account holder.

Provident Fund is basically a retirement scheme which saves a certain portion of your hard-earned money to have a good sum of savings, at the time of emergencies or to avail loan or use it post-retirement.

These two are so popular because of the lucrative interest rate, a person can reap over the years, which is usually greater than the interest provided by banks, as well as the principal amount and interest thereon is exempt from taxes. The other benefit is the lock-in period, i.e you just have to invest the amount and take its advantage in the future.

Difference Between ELSS and PPF