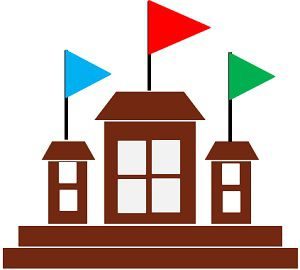 Diplomatic Mission, or otherwise called as a foreign mission, is a group of individuals, that represent their country in a foreign country officially. Apart from representing the state, it protects the citizens in the foreign country, negotiate with the host country on different matters, and foster friendly relations. It includes embassies or high commission and consulates. An Embassy is termed as a foreign mission of a country, represented by diplomats in another country.

On the contrary, High Commission can be understood as the embassy of a Commonwealth country in another Commonwealth country. While talking about international relations, the terms embassy and high commission are commonly referred. So, it is important to know the difference between them.

An Embassy is nothing but the supreme conciliatory office of one country, located in the capital city of another country. The highest-ranking official is the ambassador. The embassy premises and all the diplomatic officials come under the dominion of the home country as well as the host country gives them protection under the concept of diplomatic immunity.

The functions, rights, roles and responsibilities of a High Commission are similar to an embassy. It is headed by a High Commissioner who is the top ranking diplomat of the foreign mission.

The points given below explain the difference between embassy and high commission:

By and Large, the duties and responsibilities of an Embassy and High Commission are similar in one another. The only difference between the two is that the diplomatic mission is called as high commission if the sending and receiving countries both are the member of Commonwealth of nations. Otherwise, the mission would be termed as an Embassy.

Difference Between Consulate and Embassy