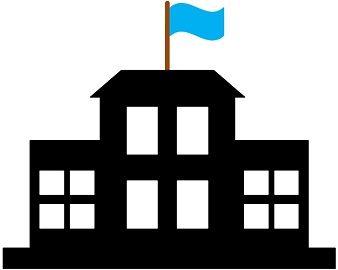 Diplomatic Mission is a foreign office, in a country wherein a group of officers represents the home country in the host country, along with safeguarding the interest of the citizens and the home country in the host country. Diplomatic mission entails embassies and consulates, wherein the embassy serves as the nerve centre for diplomatic representation of the public administration of a nation in another.

Conversely, Consulate is an arm of the embassy that diplomatically represents the government of a country in a foreign city. It looks after the matters relating to travelling and immigration. Read out this article to understand the difference between consulate and embassy.

Consulate is the small form of the embassy, i.e. an official office of a country in the territory of another country. It is headed by the Consul General, who reports to the Ambassador. It is situated in various metro cities of the host country, excluding the capital city of the country.

Further, it is set up to facilitate trade and maintain cordial relationship between the two countries. It is responsible for the protection of the citizens of the consul’s own country.

Embassy serves as the headquarters for country’s external affairs, situated within the limits of another country. There can be a maximum of one embassy of a country in another country and that too in the national capital only.

The highest level of the home government appoints the ambassador who is the top-most diplomatic officer in another country and acts as the spokesperson for the home country.

Key Differences Between Consulate and Embassy

The points given below are substantial so far as the difference between consulate and embassy is concerned:

Embassy and Consulate are the two missions that help in maintaining harmony between the two countries. An embassy is larger in comparison to a consulate, or say the former is the head office. These two represents the home country in the territory of another and deals with various diplomatic matters.

Difference Between FDI and FPI