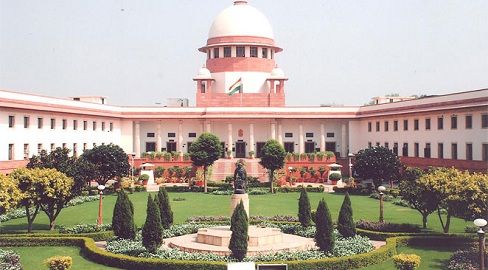 In the jurisdiction hierarchy, the Supreme Court (SC) of India, stands at the top most rank and is the primary judicial body and final court of appeal set up by the Indian Constitution. It followed by the High Court (HC), which is the apex judicial forum at the state and union territory level. One of the major difference between High Court and Supreme Court is that the judgement made by the HC, can be reviewed in the SC, but the judgement of SC is final and binding, so there is no further review of the judgement made in any case.

There are three branches of the Government of India, i.e. Executive, Legislative and Judiciary. The Indian judiciary is independent of the other two branches, i.e. they cannot interfere with the work of the judiciary. And, due to this courts play a pivotal role in protecting the constitution and take decisions in civil and criminal cases. There is a range of courts at various levels, i.e. Supreme court at the top level, the High court at the state level and District Court at the tehsil level.

Each high court has one chief justice and several other judges who are appointed by the President of India, after consulting with the Chief Justice of the country and the State Governor. The law passed or verdicts declared by a particular high court is not binding on other high courts of India and any lower courts that are not under its jurisdiction, unless another high court voluntarily accepts the said order.

Supreme Court, as the name signifies, is the apex judicial body, housed in the New Delhi, the National capital of India. For the citizens of the country, it is the highest court of redressal and final court of appeal under Indian Constitution. It enjoys extensive powers concerning writ, appellate, original and advisory jurisdiction.

Supreme Court is also the protector of Indian constitution. Any, law and order passed by the SC, is binding on all law courts and tribunals in the country. The maximum possible strength of judges in an SC is 31, which include one chief justice and 30 other judges, who are appointed by the President of India on the basis of specified criteria.

The difference between high court and supreme court can be drawn clearly on the following premises:

High Court
To be appointed as a judge in high court a person must be a citizen of India first, who has been:

Supreme Court
To be appointed as a Supreme Court Judge, first of all, a person has to be a citizen of India, who must have been:

To sum up, we can say that high court and supreme court differs regarding jurisdiction, powers, superintendence and so on. In India, there is an integrated judicial system, wherein judgements made by the courts of higher rank are binding on the courts of lower rank. To further comprehend the system, it can be said that if a person thinks that the decision made by the court is not just, he/she can make an appeal to higher court.

Difference Between Embassy and High Commission