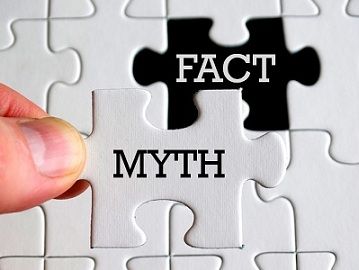 Facts and opinions are often uttered in the same breath; the terms have a huge difference in their meanings. Whether a statement is a fact or an opinion depends on the validity of the statement. While a fact refers to the something true or real, which is backed by evidence, documentation, etc. On the other hand, opinion is what a person believes or thinks about something.

In finer terms, a fact is a proven truth, whereas opinion is a personal view, that represents the outlook of an individual, which may or may not be based on the fact. In this article excerpt, an attempt is made to simplify the difference between fact and opinion, take a read.

The fact is something, that has actually taken place or known to have existed, which can be validated with pieces of evidence. They are strictly defined, and can be measured, observed and proven. It refers to something that makes statements true and used in connection with research and study.

A fact can be an event or information, based on real occurrences which can be tested through verifiability, i.e. they are supported by proofs, statistics, documentation, etc. Therefore, a fact is nothing but a verifiable truth or reality which are agreed upon by consensus of people.

The term ‘opinion’ is defined as the personal view or judgment about a subject, that may or may not be substantiated by the facts or positive knowledge. In other words, an opinion is an inconclusive statement, used in subjective matters, which cannot be proved true or false. It is what a person thinks or feels about something or someone. Hence it is not a true but biased information.

Opinion is highly influenced by a person’s feelings, thoughts, perspective, desires, attitude, experiences, understanding, beliefs, values, etc., which cannot be tested by concrete evidence. Therefore, due to individual differences, every person’s opinion on a particular matter is also different.

Key Differences Between Fact and Opinion

The difference between fact and opinion on the following grounds:

Therefore, to know the reliability and utility of an information or statement, it is vital to understand the differences between fact and opinion, so as to evaluate things and draw conclusions. While reading comprehension, it is hard to identify, whether a given expression is a fact or an opinion, as they are quite commonly juxtaposed by the writers. Facts are always one step ahead of opinions as facts can be proved to be right or accurate, whereas opinion may also be right but they cannot be proved as true.

Difference Between Auditing and Investigation