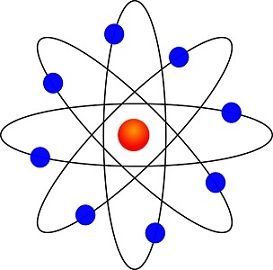 The primary tool, in the research process, is a hypothesis, that intends to suggest new experiments and observations. There are many experiments which are undertaken with the sole objective of testing hypothesis. It refers to a supposition, regarding an observable phenomenon of a relationship between various phenomena.

The term ‘hypothesis’ is often contrasted with the term theory which implies an idea, typically proven, which aims at explaining facts and events. Both hypothesis and theory are important components of developing an approach, but these are not same. There exist a fine line of difference between hypothesis and theory, discussed in this article, have a look.

An unproven statement or a mere assumption to be proved or disproved, about a factor, on which the researcher is interested, is called a hypothesis. It is a tentative statement, which is concerned with the relationship between two or more phenomena, as specified by the theoretical framework. The hypothesis has to go through a test, to determine its validity.

In other words, the hypothesis is a predictive statement, which can be objectively verified and tested through scientific methods, and relates the independent factor to the dependent one. To a researcher, a hypothesis is more like a question which he intends to resolve. The salient features of hypothesis are:

An idea or a broad range of ideas that are assumed to be true, which aims at explaining cause and effect relationship between multiple observed phenomena. It is based on hypothesis, which after a thorough analysis and continuous testing and confirmation through observation and experiments, becomes a theory. As it is backed by evidence, it is scientifically proven.

Just like hypothesis, theories can also be accepted or rejected. As more and more information is gathered on the subject, theories are modified accordingly, to increase the accuracy of prediction over time.

Key Differences Between Hypothesis and Theory

The points given below are vital, so far as the difference between hypothesis and theory is concerned:

Both hypothesis and theory are testable and falsifiable. When a hypothesis is proved true, by passing all critical tests and analysis, it becomes a theory. So, the hypothesis is very different from theory, as the former is something unproven but the latter is a proven and tested statement.

Difference Between Hypothesis and Prediction