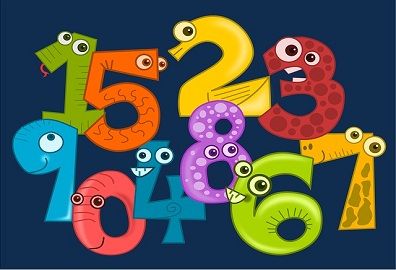 Mathematics is a game of numbers, where we study number, its types and the concepts relating to it. Arithmetic is that branch of mathematics which focuses on properties and manipulation of numbers. Factors and multiples are two key concepts studied together in arithmetic, at the elementary level. A factor is a number that leaves no remainder behind after it divides the specific number.

On the contrary, multiple is a number reached by multiplying a given number by another. While factors of a number are are finite, multiples are infinite.

At first instance, these two appear alike, but there are a number of differences between factors and multiples, which we have explained in this article.

The term ‘factors’ is used to mean the numbers which divide the given number perfectly, i.e. without leaving a remainder. E.g. 2 is one of the many factors of 8 since on dividing 8 by 2, we get 4 and does not leave any remainder. The other factors of 8, which are 1, 4 and 8.

Further, factors are what one can multiply with another number, to get the required number. There is a minimum of two factors of every number, i.e. 1 and the number itself.

To find out factors of a given number, you need to identify the numbers that evenly divides that particular number. And to do so, start right from number 1, as it is the factor of every number.

In mathematics, the product of two whole numbers is defined as the multiple of the numbers. E.g. 2 × 4 = 8 i.e. 8 is a multiple of 2 and 4. In addition to this, for a given number, multiple is a number, that can be divided by the given number exactly, it does not leave any remainder at the end.

There is no end of multiples of a given number. Each and every number is a multiple of 0 and itself.

Key Differences Between Factors and Multiples

The points given below are substantial so far as the differences between factors and multiples are concerned:

To sum up, we can say that factors are the numbers that can be multiplied to get another number. On the other hand, multiples are the product, that one can get by multiplying a number with another. When a number possesses only two factors, i.e. 1 and itself, then that number will be known as a prime number.

Difference Between Exponent and Power

Difference Between Arithmetic and Geometric Sequence

Difference Between Expression and Equation

Difference Between Sequence and Series