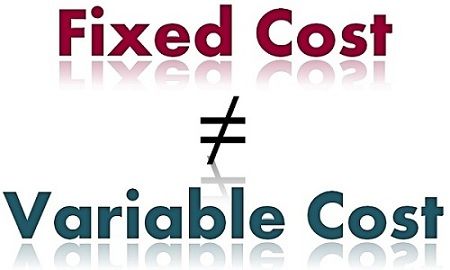 Based on variability, the costs has been classified into three categories, they are fixed, variable and semi variable. Fixed costs, as its name suggests, is fixed in total i.e. irrespective of the number of output produced. Variable costs vary with the number of output produced. Semi-variable is the type of costs, which have the characteristics of both fixed costs and variable costs.

Many cost accounting students, are not able to bifurcate fixed and variable cost. Fixed costs are one that do not change with the change in activty level in the short run. Conversely, Variable cost refers to the cost of elements, which tends to change with the change in level of activity. While working on costs of production, one should know the difference between fixed cost and variable cost. So, take a read of the given article in which we have compiled all the important points of distinction in tabular form along with examples.

The cost which remains constant at different levels of output produced by an enterprise is known as Fixed Cost. They are not affected by the momentary fluctuations in the activity levels of the organization. 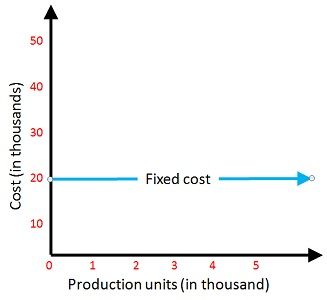 Fixed Cost remains constant does not mean that they are not going to change in future, but they tend to be fixed in the short run. This can be explained with an example, If your company is operating the business in a rented building, so whether you produce tons of output, or you produce nothing, you have to pay the rent of the building, so this is a fixed expense which is constant over a period until the rent of the building increases or decreases.

There are two types of Fixed Cost:

The cost which changes with the changes in the quantity of output produced is known as Variable Cost. They are directly affected by the fluctuations in the activity levels of the enterprise. 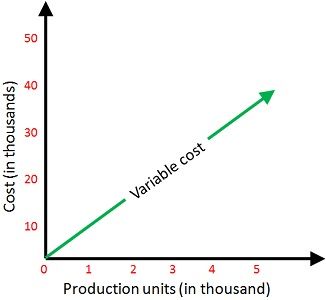 The Variable cost is divided into two categories, they are:

The following point are substantial, so far as the difference between fixed cost and variable cost in economics is concerned:

Now, from the discussion mentioned above, it might be clear that the two costs are perfectly opposite to each other, and they are not same in any respect. There are many doubts while we talk about these two but with this article, you are surely going to be satisfied. So, this is all for the difference between Fixed Cost and Variable Cost.