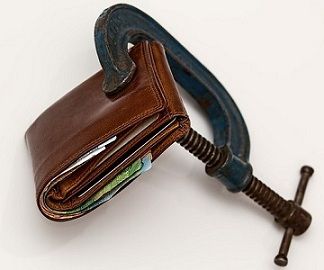 The budget can be understood as a quantitative plan that acts as an estimate of future operation. Based on the Capacity, there are two types of budgets prepared in cost accounting, namely, fixed budget and flexible budget. Fixed Budget is a budget that remains constant, irrespective of the levels of activity, i.e. the budget is created for a standard volume of production. On the contrary,

Flexible Budget can be understood as the budget created for different production levels or capacity utilization, i.e. it changes in accordance with the activity level. While fixed budget operates in only production level and under only one set of condition, flexible budget comprises of several budgets and works in different conditions.

When one is working on a budget, he/she should have a thorough knowledge of the differences between fixed budget and flexible budget, to give desired results.

For understanding the term fixed budget, first, know the meaning of the two words fixed and budget. Fixed means firm or stable, and budget is an estimate of economic activities of the business. So in this way, Fixed Budget refers to an estimate of pre-determined incomes and expenditures, which once prepared, does not change with the variations in the activity levels achieved. It is also known as Static Budget.

Fixed Budget is best suited for the organisations where there are fewer chances of fluctuations in the prevailing conditions or if the organisation is not influenced by the change in the external factors and the forecasting can be done easily to give close results. It also works as a yardstick to control costs.

Fixed Budget helps the management to set the revenues and expenses for the period, but it lacks accuracy because it is not always possible to correctly determine future needs and requirements. Further, it operates only on a single activity level under only one condition. While framing the fixed budget, it is assumed that the existing conditions are not going to be changed shortly, which proves untrue. So in this way, it difficult to measure the performance, efficiency or capacity.

Flexible means easily adjustable, and Budget refers to an anticipated plan made for the financial activities of the entity. Therefore, the flexible budget is a financial plan created for different activity levels. It can be freely adjusted or re-casted on the basis of output produced. It is logical and practical because the cost can be easily determined at various activity levels.

While preparing a flexible budget, first of all, the costs are divided into three major segments, namely: fixed, variable and semi-variable where semi- variable costs are further classified into fixed and variable cost, and then the budget is designed accordingly. Some budgets are prepared for alternative output levels to show the amount of expense to be reached at each level of activity.

Flexible Budget is best suited for the organisation where there is a high degree of variability in sales and productions, or the industries which can be easily affected by the external factors or fluctuations in the market conditions are relatively high etc.

The following are the major differences between fixed budget and flexible budget:

Fixed Budget is mainly based on assumptions which are unrealistic and so this is not applicable to business concerns, but if we talk about Flexible Budget, it is more practicable. The former is does not help to make a comparison if the actual and budgeted outputs differ, but the latter proves to helpful to judge the performance by comparing actual output with the budgeted targets. Cost Ascertainment is also not possible in case of fixed budget if the actual and budgeted levels of activity vary and the same can be easily determined in the case of a flexible budget.

Difference Between Budget and Forecast