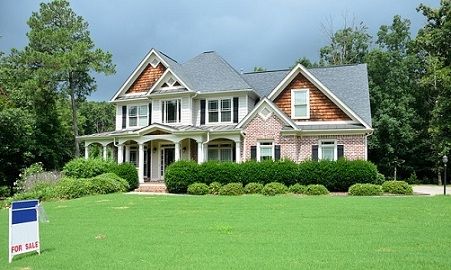 The main difference between foreclosure and short sale, lies in the fact, that the two are used at different times, as well as they are initiated by different persons.

These are the two alternatives available in the hands of the homeowner, who consistently fails to make payments of the loan. So, it is imperative for everyone to know the difference between foreclosure and short sale, which can help you in choosing the best alternative.

Foreclosure is a legal process, that involves the seizure of property by the lender, kept as collateral under the mortgage, where the homeowner’s right to the property is cancelled, due to default in the payment of outstanding debt. In this process, the property is put to forced sale at an auction by the lender to recover the remaining amount of the loan.

Foreclosure is a civil lawsuit, generally used by the mortgagee to terminate the mortgagor’s interest in the property, through the court order. In this process, the court fixes the date up to which borrower is allowed to make payment of the debt along with the foreclosure expenses and redeem the property.

If the borrower fails to repay the loan amount, then the lender can freely sell the foreclosed property. Proceeds received from the sale of the asset is first utilised in the repayment of the loan, and the remaining amount (if any) is handed over to the homeowner (borrower). The borrower remains liable if the foreclosed property is not sold and also for the balance amount if the property is sold but the sale proceeds are not enough to cover the entire debt amount.

A short sale is an option, usually exercised when the homeowner owes more debt than the mortgaged asset will likely to generate proceeds and the borrower is unable to pay the outstanding debt, then the lending institution opts for short sale i.e. expresses his consent for a short payoff. In this way, the property is not foreclosed, and the homeowner is allowed to put his property for sale on his own.

The remaining balance owed to the lender is known as a deficiency. It is a complicated and time-consuming process as it requires a lot of paperwork and multiple approvals.

The significant differences between foreclosure and short sale are provided below: