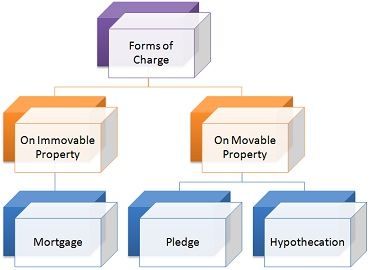 The basic purpose of creating a charge is to gain financial assistance from the lending institution. There are many students, who juxtapose charge and mortgage, but they are different. The former is just a collateral, for the payment of the amount due, whereas the latter is the transfer of interest in the asset, as collateral. To know some more important difference between charge and mortgage, you need to check out the article given below.

The mortgage can be defined as the transfer of interest, in a particular immovable asset such as building, plant & machinery, etc. in order to secure payment of the funds borrowed or to be borrowed, an existing or future debt from the bank or financial institution, that results in the rise of pecuniary liability.

By the term ‘charge’ we mean, a right created by the borrower on the property to secure the repayment of debt (principal and interest thereon), in favor of the lender i.e. bank or financial institution, which has advanced funds to the company. In a charge, there are two parties, i.e. creator of the charge (borrower) and the charge-holder (lender). It can take place in two ways, i.e. by the act of the parties concerned or by the operation of law.

When a charge is created over securities, the title is transferred from the borrower to the lender, who has the right to take possession of the asset and realize the debt through legal course. The charge on various assets is created according to their nature, such as:

There are two types of charge: 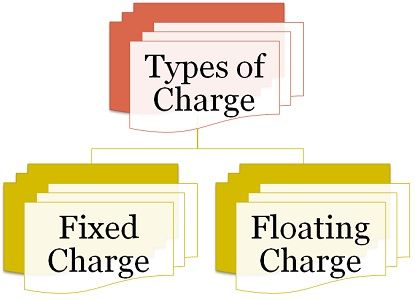 Key Differences Between Charge and Mortgage

The difference between charge and mortgage can be drawn clearly on the following grounds:

By and large, the creation of charge provides security to the lender that the amount lent to the borrower will be repaid. On the other hand, in mortgage, the borrower is bound to pay the mortgage money or else the amount will be realized by selling the asset, so mortgaged, but only by order of the Court, in a suit.